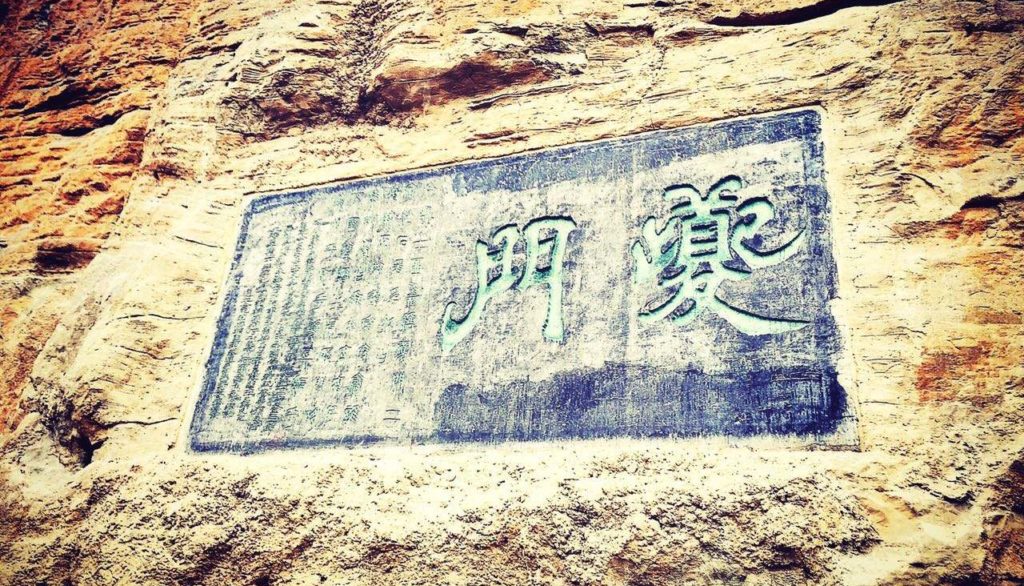 Kuimen, or Kui Gate, is also known as Qutang Pass, the door to Three Gorges. Here the river is flanked by sheer cliffs on both sides. It is the gate through which the Yangtze River flows into the Three Gorges from the Sichuan Basin. 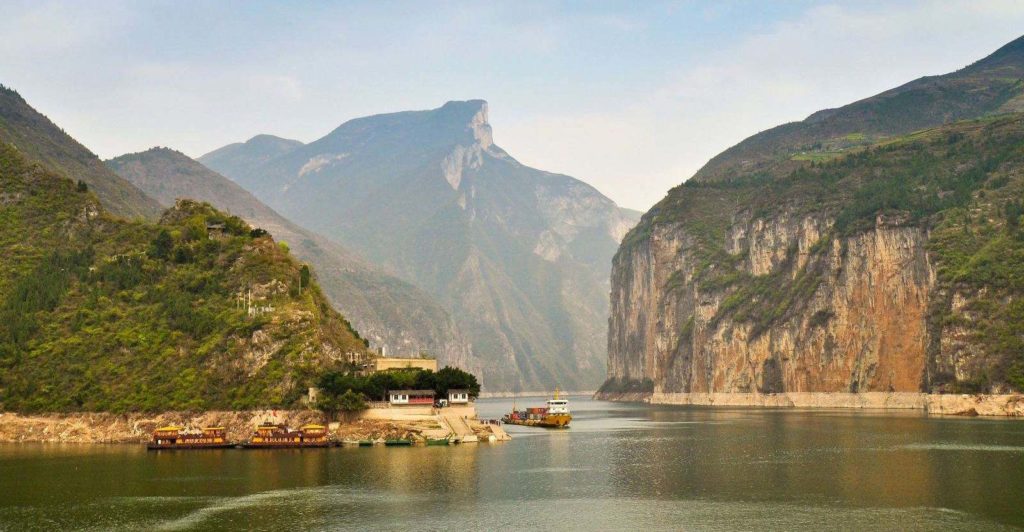 The White Salt Mountain is on the southern bank and the Red Armor, on the northern bank. Both rise perpendicularly into the sky. The sheer cliffs on either side of the river are like a gate guarding the river, narrowing it in a width of just over 100 meters. The river flows through this gate usually at the rate of 50,000-60,000 cubic meters per second. It is just like how the poet Du Fu in Tang Dynasty 1200 years ago described it, “All the waters converge at Fu and Wan, Fighting for the gate at Qutang”. Du Fu used the words “fighting for” to draw a vivid picture of the torrents at Kuimen. As the riverbed is narrow and the flow voluminous, the river may rise 10-20 meters in a day. In a year, there may be a difference of over 50 meters in the water level. 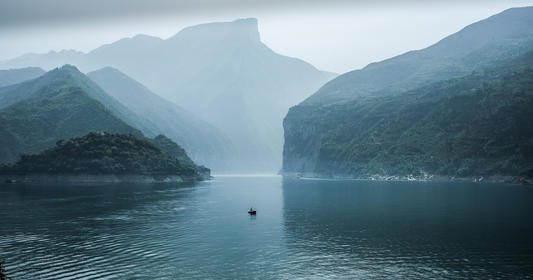 The White Salt Mountain looks white because of the dissolved calcium deposited on the rock surface, while the weathered rocks of the Red Armor Mountain are coated with dissolved ferric oxide. As the mountain looks reddish like the back of a human being, it is called the Red Armor Mountain. Both mountains are of limestone. Eroded over the centuries by wind and rain, the cliffs on both banks are perpendicular as if they have been hewn with an axe, presenting a marvelous natural scene. Where there are slopes, they are covered with dark green growth. Although nothing grows on the sheer cliff faces, they are in a great variety of colors, white, red, yellow and brown. With the morning sunlight, evening clouds or bright moonlight reflected on them, they present such famous scenes as “the Red Armor in Fine Morning Sunlight”, “Morning Color of the – White Salt” and “Autumn Moon over Kuimen”.