When you travel in the Shennong Stream and Shennongjia where the Shennong Stream originates, you may also hear about tales about savages. And, if lucky enough, you may even bump into one yourself. The mystery to Shennongjia savages, like the Loch Ness monsters, UFO, and the Bermuda Triangle, was once one of the great sensations throughout the world. 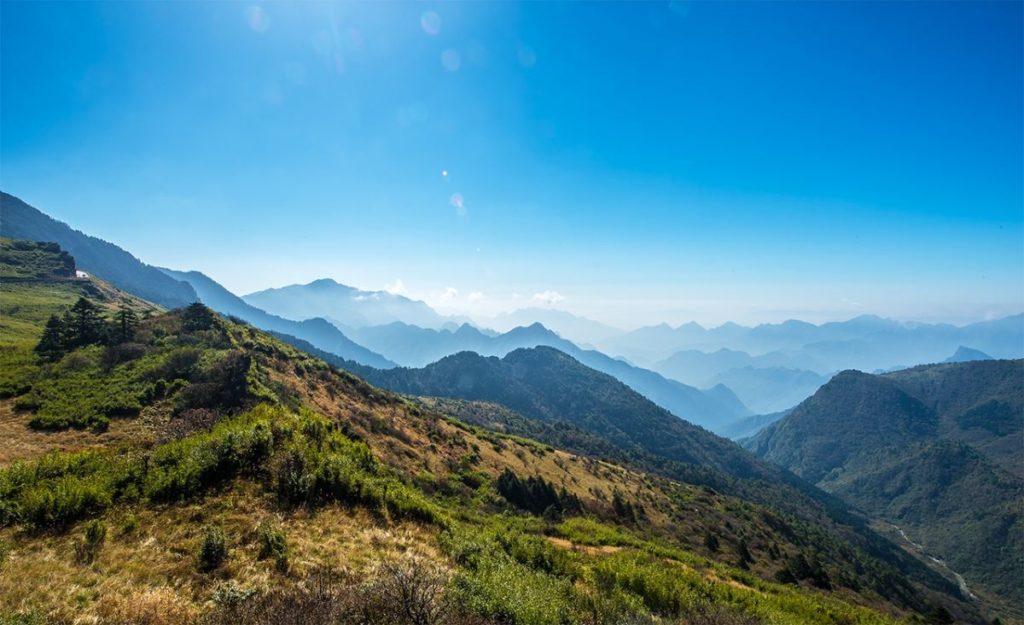 Experts from various countries such as the US and Japan applied for making explorations here. Chinese exploration teams, enjoying more privileges, have made many searches in this forest.

Over 300 reports of meeting savages have been received since 1920. From November 1976 to October 1977, as many as over 160 people, among whom are adults, children, officials, and local people, claimed to have met 62 savages on 64 occasions. Face to face encounters include fighting, scrambling, stepping on the foot, struggling for a rod, catching the savage in lasso trap. Some even maintained that they had seen a savage riding on a wild boar. 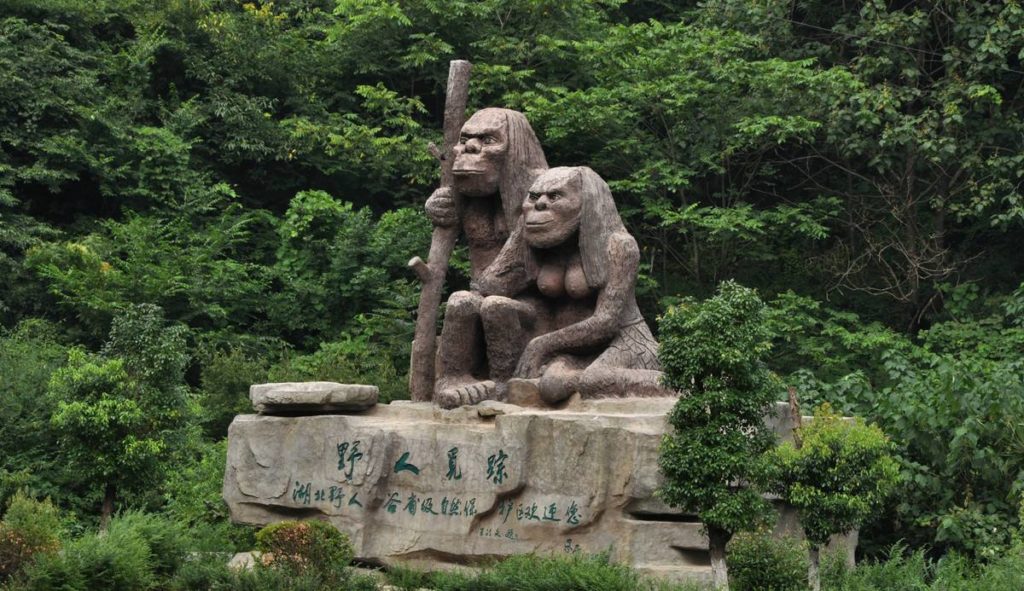 (Sorry, we do not have a real photo to show you how it looks like — because there is none up to today, like in other parts of the world where big foot is claimed found.)

The telegram reads, “About one o’clock this morning, we six persons were driving back to the Forest Region in a jeep after attending a meeting at Yunyang. At Chunshuya, bordering spot between Shennongjia Forest Region and Fangxian County, we saw a peculiar creature, neither like a monkey nor a bear, on the roadside focusing its eyes on us. In the lamplight, we saw brownish soft hairs grow all over its body with some deep red hairs on its back. Hairs hanging from its arms were as long as 5 inches. It had two brawny forelimbs, a bit shorter than its hind legs. Its thighs are as thick as tree trunks and its shanks a bit thinner. It walked slowly and languidly, seeming in pregnancy. It had fat hips but no tail. Its face looked brownish yellow, and its forehead broad, its chin long, and its mouth protruding. When we drove straight at it, the creature nimbly leaped aside. We believed that it must be a savage as we have heard about.” (The six persons included the vice secretary of the Party Committee of Shennongjia Forest Region, two members of the Party Standing Committee of the Region, the director of the Agricultural Bureau of the Region, a clerical secretary to the Region’s Party Committee, and the driver.)

Three Chinese exploration teams were organized and sent in 1977, 1979 and 1980 respectively to northwestern Hubei in search of savages.

According to the data gathered from the explorations and other sources, it is concluded that savages live in the woods. They have long hairs, wide mouths, but no tail. They are over 3 meters in height and can walk upright. From their excrement, it can be inferred that they take plant roots, stalks, leaves, wild fruits, and insects like beetles for their food. Sometimes, they may steal some ears of corn, soybeans, or other vegetables from the villagers. Their living place is made up of the local bamboos, with several wound into a circle to make the bottom and several more into another circle connected to the former. Such a lodging, covered with bamboo leaves, looks like a coach. 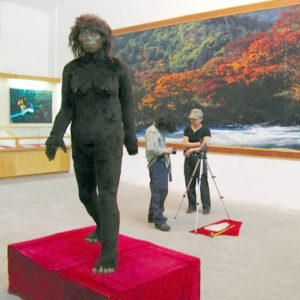 Due to its location in the subtropical region, Shennongjia is especially rich in plant species. As many as over 200 kinds of plants are growing here, dispersed vertically over the whole region. This unique vegetation offers Shennongjia flowers and fruits all the year round and the savages an ideal habitat.

Plaster models taken from the footprints left by savages show that their foot sizes range from 32 to 37 cm. The biggest footprint ever found measures 42 cm while the smallest 21 cm. The breadth of the forefront is from 12 to 15 em, and that of the hinder part 6 to 8 cm. The big toe, over 2.5-cm in diameter, angles as much as at 40 degrees.

Through comparisons with the golden monkey, the green monkey, and the black bear, it is proved that savages are quite different from them.

Legends about savages may date back as early as 3,000 years ago. Over 30 ancient books have such records.

According to Annals of Fangxian County, in the Warring States period 2200 years ago, a savage was presented as a tribute to the Emperor of the Western Zhou. It had a height of over 3 meters, a big mouth that looked always in laughing, and long hair. It had the habit of catching people. Due to its hairy body, it was given the name “baboon” by King Cheng of the Zhou.

In a poem entitled Hill Soul, Qu Yuan described how the savages sported in the river and drank water. 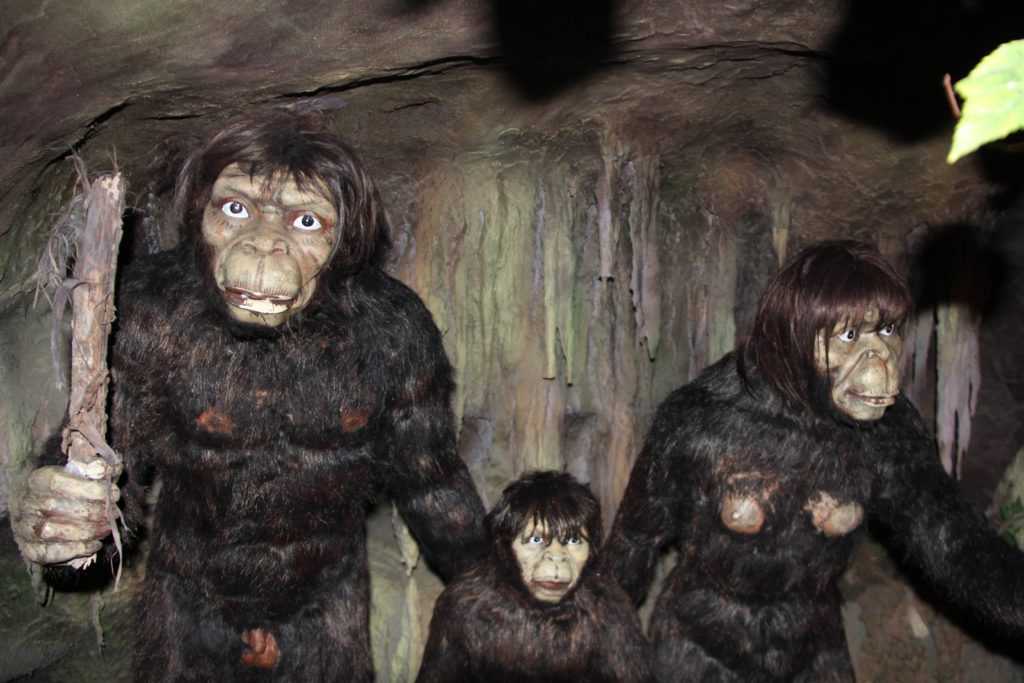 Pictures of savages can also be found in the frescoes drawn in the Han Dynasty. In the Northern Dynasty, two savages, one male and the other female, were caught and presented to the Emperor. Li Shizhen, a great doctor of the Qing Dynasty, classified, in his book Bencao Gangmu (Compendium of Materia Medica), savages into two species.

During the reign of Qian Long, an emperor of the Qing Dynasty, a memorial tablet was erected for the savages at the foot of Mt. Pingfengling in Yexi county. In an article entitled Qin Savages in the sketchbook Zibuyu by Yuan Mei of the Qing Dynasty, it is recorded that there were many hairy people on Mt. Fangshan in Fangxian County of Yunyang Prefecture, Hubei Province. They were over 3 meters tall, with hairs all over the body, and often came down the hill to steal chickens and dogs for food from the local people. They would not be wounded even if shot at by guns and the bullets would fall to the ground.

Tales and traces of savages can also be found on other continents apart from Asia. In the Americas, savages are known as Big Footed Monsters. Indians in the Southwest of Columbia call the big-footed monsters Sasquarts (Wildmen in the woods). In India and Nepal, the savage is called Snowman or wild man. In Mongolia and Australia, it has other names. With efforts of all the world in unfolding the mystery of savages, we believe the day to see the true face of Shennongjia savages will surely come one day.