The Ba State mysteriously disappeared many centuries ago. But their people remain living and working in the area.

Ba people’s traces can be found everywhere in the Shennong Stream and neighboring area. The relics of the Plank Roads dug out of the rocky cliffs, the miracle of the ancient coffins placed high up in the rock crevices, all tell present people of their past glories.

Crying Marriage – a thousand-year tradition. Getting married is, of course, a happy event. But thinking of leaving parents and brothers and sisters, and to serve another family (even just a couple of miles away), the bride truly feels sentimental and the tears come from heart. Bride not crying might be scolded by the villagers as “bu xiao” (Chinese words not exactly but somewhat means not like, not nice, not loyal to his parents or ancestors). Nowadays, young people have more freedom and more say in life. This tradition has a trend to disappear. 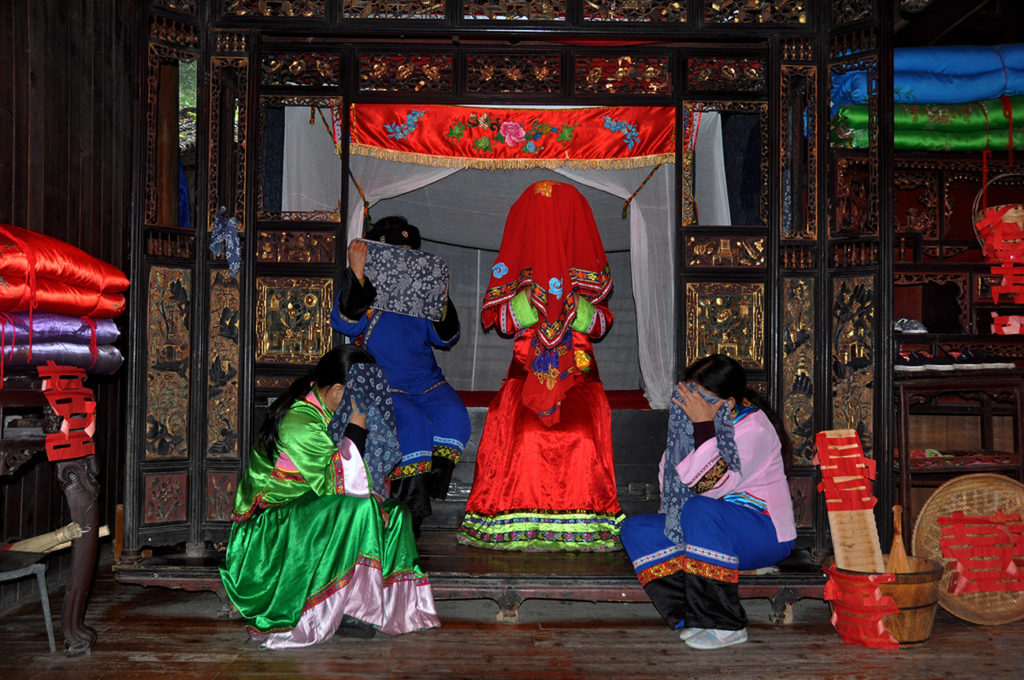 Ba traditions are still in existence along the river. The Tujia people, posterity of the ancient Ba, cherish a bold and straightforward character. They love singing and dancing. Saerhe (a kind of funeral dance), a performance still sticking to its ancient form, is very popular with the Tujia people in western Hubei， famous for its unique style, its forthright and vigorous movements, the sonorous and exciting music, and its sprightly rhyme. 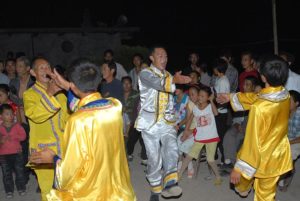 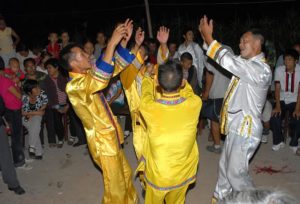 Hall Opera, one of the 380 odd local operas of China, is a favorite of the Tujia people. Hall Opera is also known as Decorated Hall Opera and Stamping Hall Opera. This art form is related to the Tujia people’s stilt houses. The middle room of the upper floor in the stilt house is the hall which is cleaned and decorated colorfully on a celebration occasion. The host will invite the local troupe to entertain his kind people and his neighbors. The performance is given in the decorated hall, thus called Decorated Hall Opera. It is also called Stamping Hall Opera because the dance is performed with heavy stamps on the floor to the accompaniment of rhythmical drumming. The troupe usually consists of only 3 to 8 performers, and the performance may be given almost anywhere: in the hall, in the farmyard, or even at the field corner. 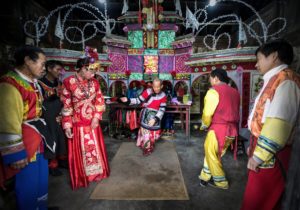 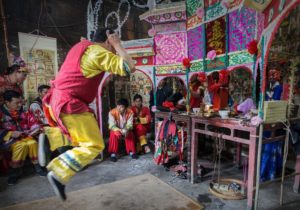 There are two forms of the Hall Opera: Datongzi and Xiaotongzi.

Datongzi is a type of beating music, which is given to the accompaniment of sibu (four stringed bowed instrument) or erhu (a two- stringed one). Its major tunes include Siping tune, Nandiao, Aizi, Kuban, Yindiao, Guaidiao, and kekezi.

The other form, Xiaotongzi, made up of 3 periods, is given, like Beijing opera, to the accompaniment of Beijing opera fiddle. Hall Opera has the flavor of both Hubei Opera and Sichuan Opera in music. The local Datongzi is suitable for demonstrating the folklife while Xiaotongzi is more formal and fit for more serious themes.

Hall Opera, rich in content and close to life, has many liberties. The language used in it is casual and popular, its tune unique, its performance exquisite, and the atmosphere lively and heating. The local people have such particular fondness for it that they will never feel tired even watching throughout the whole night.

The Tujia people also love drinking, and have created many brewing techniques. Their wines taste mellow and fragrant, but not so alcoholic. They usually drink with big bowls, accompanied by dancing and singing. Such a drinking style reflects one of the aspects of Tujia culture. It is not only satisfying but also healthful to the drinker. 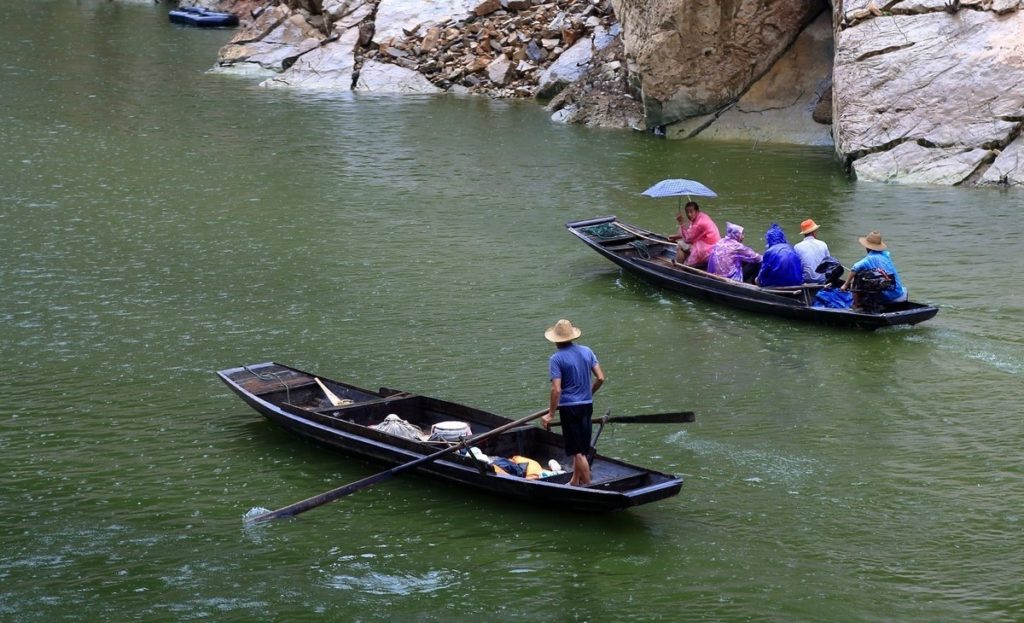 The “peapod” boat taken by tourists is created by the ancient Ba people and handed down almost unchanged in shape. It was on such boats that Ba Wuxiang, forefather of the Ba, led the whole tribe on their westward migration. They overcame perilous shoals and fought against the ferocious waters to establish the Ba kingdom on this land. The little boat has remained with the Ba people ever since.