Wang Zhaojun and Her Hometown 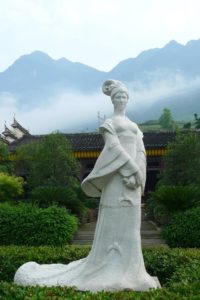 The village is called Baoping in Xingshan County, Yichang City, Hubei. It is said to be the birthplace of Wang Zhaojun (Wang is surname), the famous concubine of the Han Emperor Yuandi (75 BC – 8 July 33 BC), and one of the four beauties in Chinese history.

Zhaojun’s name was changed to Mingfei (Illustrious Imperial Concubine) after she had become an imperial consort. The legend goes that when she was put on the list of candidate concubines of Emperor Yuandi, the court painter deliberately made a poor picture of her because she refused to bribe him. As a result, she failed to get into His Majesty’s good favor (no surprise, Chinese emperors used to have thousands of women in his isolated palace, and, of course, everybody wants to be an Emperor). In 33 BC, Huhanye, leader of the Hung tribe on the northern border of the Han Empire, asked for marriage with an imperial woman. Mingfei asked for imperial permission to become Huhanye’s wife, which the emperor readily granted. When she came to bid His Majesty farewell, however, he found how beautiful she was. The “Son of Heaven” very much wanted to revoke his decision, but it was too late. Relating this event, History of the Latter Han Dynasty has this to say, “Mingfei appeared so beautiful in her elegant attire that her presence seemed to have become brightened the whole court. Her graceful movements attracted the attention of all the ministers and generals. Captivated by her beauty, His Majesty regretted his decision to let her go. He wanted to find a substitute for her, but he felt he could not very well go back on his word.” 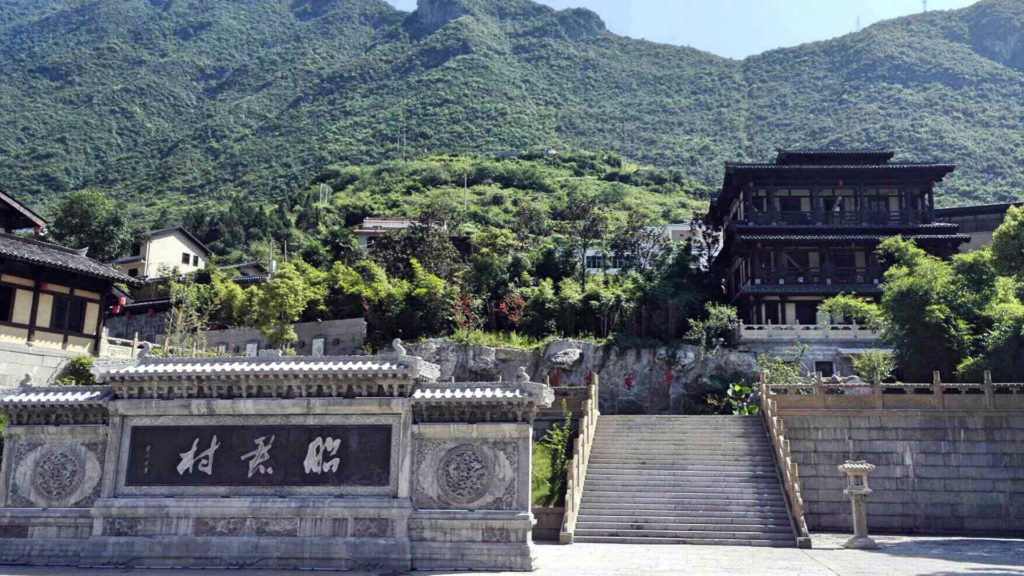 After her marriage to Huhanye, she was conferred the title Empress Ninghu (Empress Who Brought Peace to a Border Tribe). And in recognition of her merit, which meant a much-treasured spell of tranquillity for his empire, Yuandi changed the name of his reign to Jingning (Lasting Peace). Mingfei became such a popular figure that people wove many stories around her and quite a few writers, poets and playwrights made her their favorite subject. 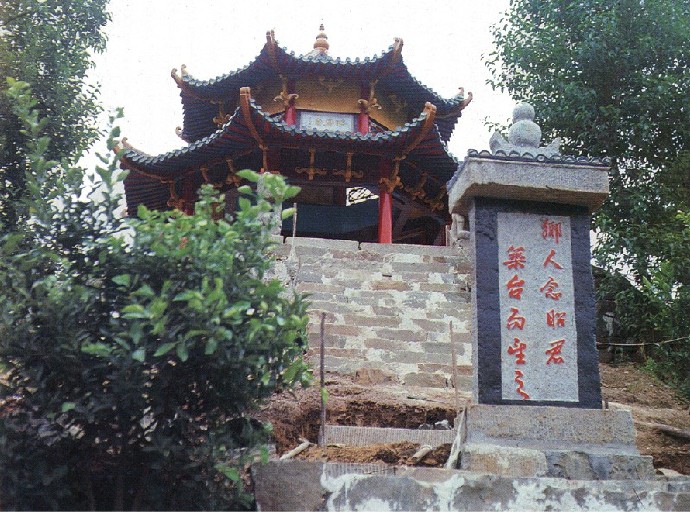 The story did not end there. After sending off Zhaojun, the Emperor killed the painter, leaving materials for poets in the following centuries.

Part of Zigui in the Han times, Xingshan town is situated on the bank of Xiangxi (Fragrant Stream), 40 kilometers northeast of the present-day Zigui. There is Terrace of the Illustrious Imperial Concubine atop a hill overlooking the river. It has an octagonal pavilion and a stone tablet with the words, “Mingfei’s fellow villagers built this terrace where they can look in the direction in which she is to return someday.” A story says that the day she set off on her journey to the imperial capital Chang’an, her neighbors walked her to where the terrace stands today. Reluctant to part with Mingfei, they stood on the hilltop watching her gorgeously decorated carriage vanishing in the distance.

Traveling about 6 kilometers west along a highway below Terrace of the Illustrious Imperial Concubine, the tourist reaches Baoping Village. According to the Annals of Xingshan County, a stone tablet was unearthed on a hill near the village, bearing the words: “Birthplace of Zhaojun”. A small Chinese character on the tablet, which was still legible, reads “Song”, meaning the Song Dynasty (960-1279). This shows that Baoping Village was already a tourist spot in the Song period at the latest.

Among the many relics in the village connected with are Zhaojun Temple (Shrine), Zhaojun Courtyard, Nanmu Well, Zhaojun’s Dressing Table, and Cave of Embroidered Shoes. Only the well and dressing table have now been repaired to receive visitors. Situated at the village entrance, the Well of the Nanmu Tree earned its name from the fact that a Nanmu tree (or Nanmu phoebe) grows in it. The tree, which is believed to date back to the time of the Illustrious Imperial Concubine, has remained luxuriant in all the intervening centuries. The clear water of the well runs the year round and is used by the Baoping villagers. 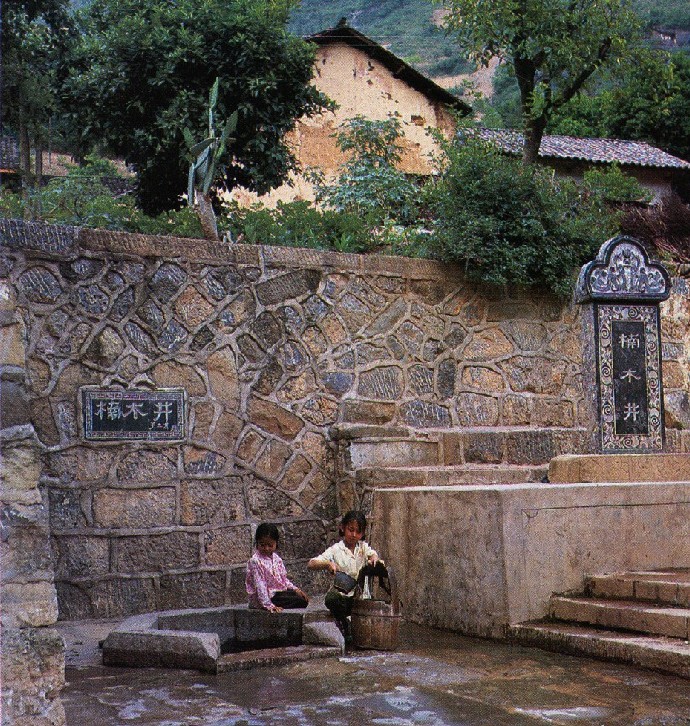 Zhaojun’s Dressing Table stands on a piece of elevated land and is surrounded by ancient cypresses. The table is enclosed by a wall with a moon-shaped door in it. There is an ancient stone figure on the higher ground from which one can view Zhaojun Terrace in the distance. 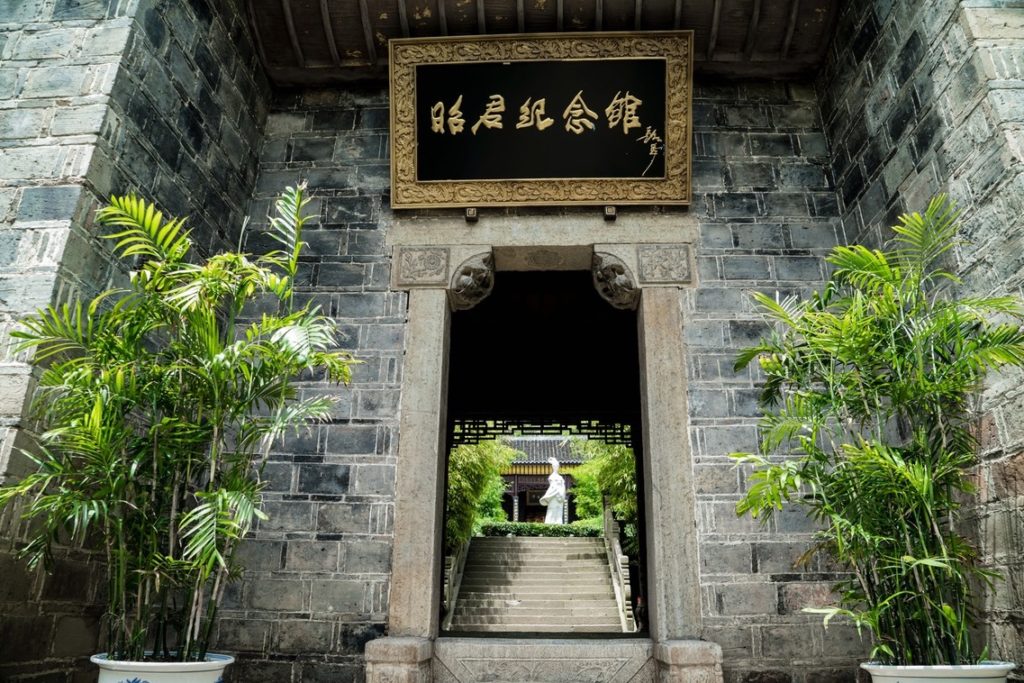 Most of the Baoping villagers have the surname Wang, one of the largest family names in China (living in western countries, some people might change to Wong), the same as that of the Illustrious Imperial Concubine, Wang Zhaojun. Many tales about her are passed from lips to lips among the local people who are justifiably proud of this lofty-minded, intelligent and courageous beauty.