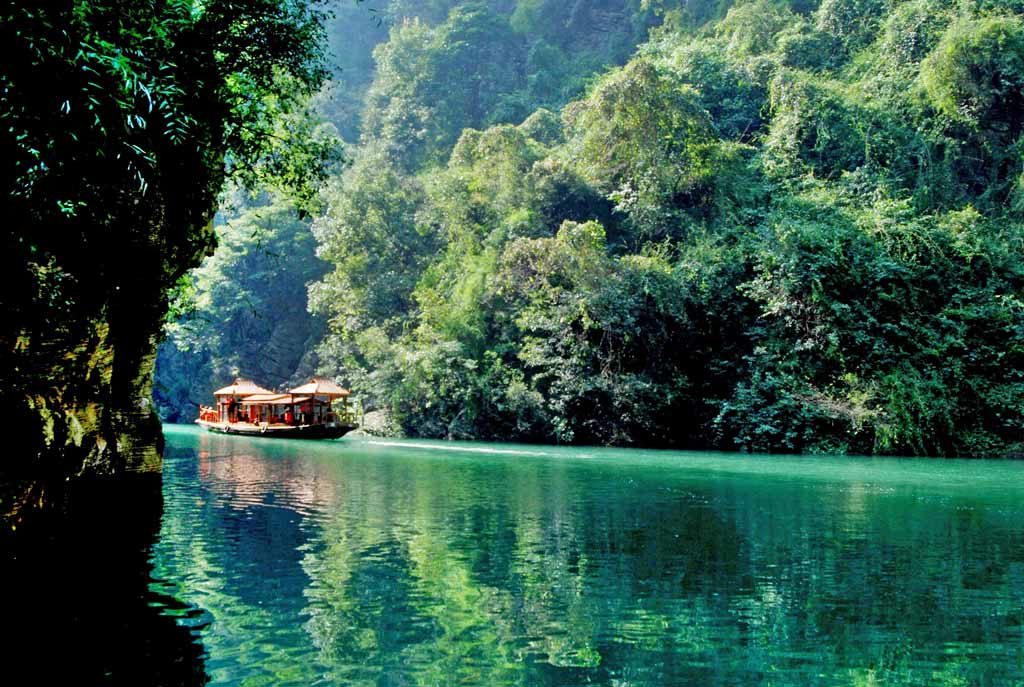 About the Goddess Stream: Shen’nv Stream

Once just a brook, the Three Gorges Dam raised the water level of the stream and it now flows from the southern bank of the Yangtze, opposite Goddess Peak. Surrounded by beautiful peaks, this tributary is home to many protected species including monkeys, mountain goats, deer, and boar, as well as a variety of Chinese medicinal herbs.

Passengers will board a smaller craft for an 18 miles roundtrip journey to view the quiet beauty of the stream’s narrow gorges while enjoying local folk songs along the way.

The area is also famous for its tea, named “Longevity Tea” or “Mountain Tea”. Agriculture is the major occupation of people living in the region; they grow three crops a year, including corn, potato, sesame, pepper, oranges, peaches, pears, and bananas, as well as varieties of Chinese medicinal herbs.