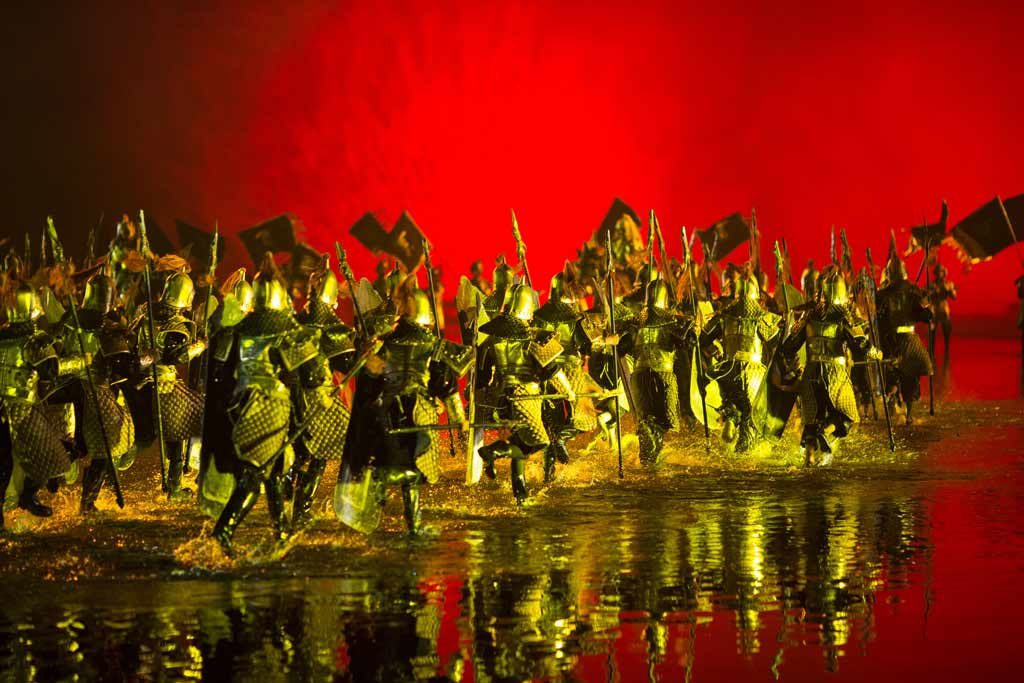 It’s an outdoor performance with the Three Gorges as its backdrop done on such an impressive scale, unlike anything passengers have experienced in traditional theater. It’s truly a sight to behold.

The epic tale vividly presents historical scenes with elaborate costumes and 3D holographic projections in an outdoor setting on Three Gorges Harbour in Zhongxian with China’s mist-shrouded Yangtze River as its stage.