Clouds and Rain over Wushan

The clouds and rain in Wushan, or Mount. Wu, have been famous in China existing in Chinese literature and language for thousands of years.

Traveling through the gorges between the strangely shaped mountain peaks, one can hardly see any sunshine. Sometimes there is a fine misty rain and sometimes the peaks are enshrouded in low-hanging cloud. It is like wandering in a dreamland. It was said that the misty drizzle was the fertilizing rain sent by the Goddess for the people. Others said that because the Goddess and King Xiang of the state of Chu were having a secret affair in the Taoist wonderland. 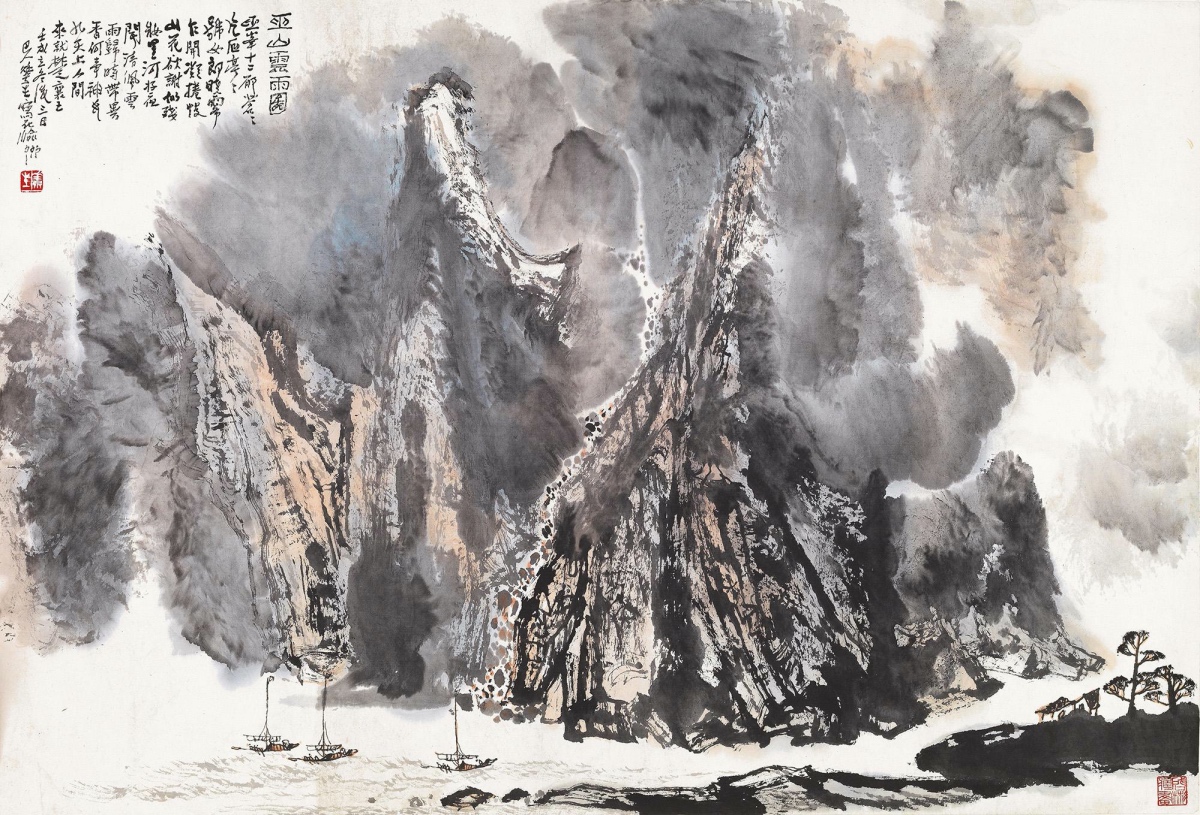 A Painting of the Cloud and Rain over Wushan

The fairy tales, of course, cannot be believed. Clouds and rain in the Three Gorges are a natural climatic phenomenon. The Three Gorges of the Yangtze River are in the western part of China’s monsoon region adjourning the Sichuan Basin in the west, the plains of the middle and lower reaches of the Yangtze in the east, the Daba Mountains in the north and the Hunan-Guizhou hilly region in the south. This particular A-shaped terrain answers for the complex climate in the area of the Three Gorges. It is a unique mountain valley climate different from that of the plains, basins or high mountains. 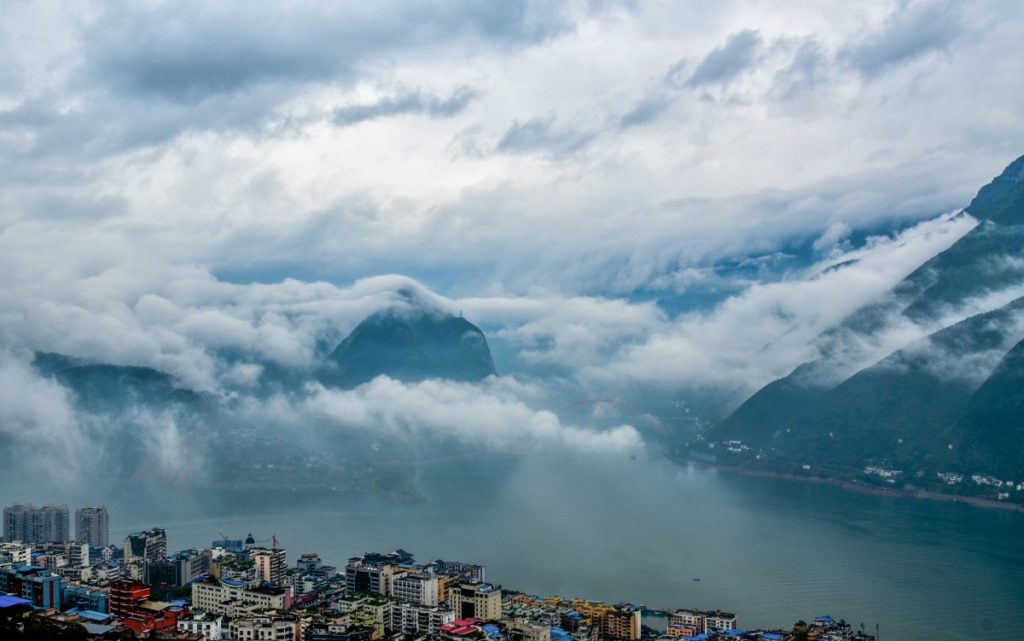 The Wushan area is one of the famous regions of rainstorms in the Yangtze River valley. Although the annual precipitation in the Three Gorges is not much more than 1,000 millimeters, it is concentrated in the rainy season in July and August. The Wushan area has as many as 1,500 hours of annual sunshine, which is longer than the other gorges of the Yangtze.

There are only about ten days of fog a year, which are much less than the average of a hundred days of fog in the “foggy city of Chongqing”. But deep in the gorge, with tall mountains standing on both banks of the river, there is hardly any sunshine even on a perfectly fine day. As the damp air accumulates in the gorge, it becomes a misty fog. 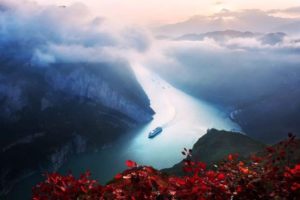 The misty cloud in the Wushan Mountains, however, does not make people feel oppressive. The colorful reflections of the clouds and their constantly changing forms are unlimited attractions. The misty vapor encircling the Twelve Peaks of Wushan does not take like smoke, cloud or rain.

When the rain comes, it thickens and rolls over the mountains, fields and the great river. When the rain stops, it becomes misty whiffs drifting in the gorge and -valleys, now coming together and now dispersing. The rain-washed mountains and fields are particularly elegant if there are pieces of colorful clouds in the sky. Sometimes it is most interesting to find sun in the east and rain in the west, rain on the south bank and sunshine on the north bank or rain on the mountaintops and fine Weather below.