The 12 Peaks of the Wushan Mountain 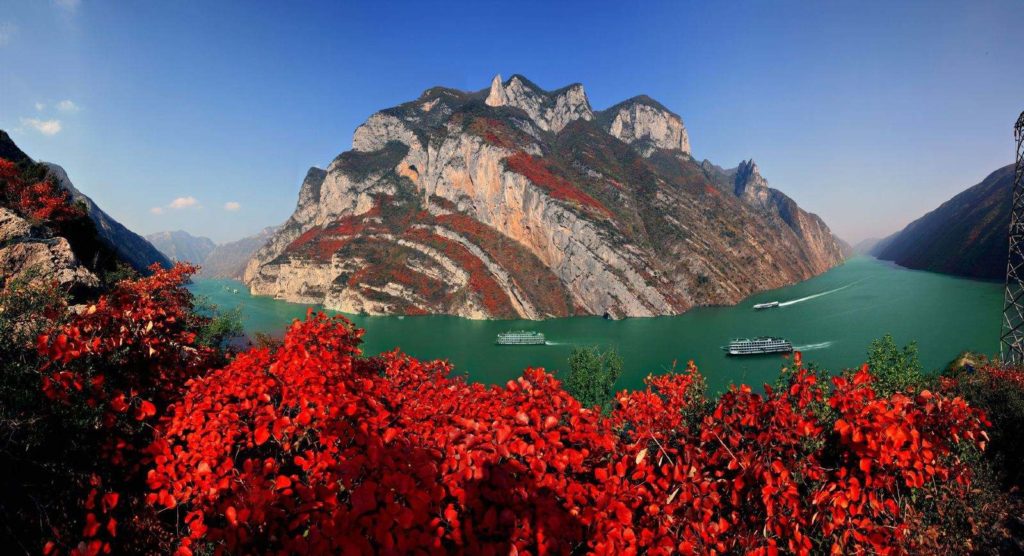 As the boat enters Wu Gorge,
My attention is attracted by the Twelve Peaks.

These two lines from an ancient poem describe the admiration of travelers for the Twelve Peaks in Wushan. Even today, when a ship steams through Wu Gorge, passengers will all come to the upper deck to watch the peaks. They now rush to the port side and now to the starboard side and will not miss any one of the peaks.

The Wushan Mountains run from northeast to southwest across the border between Chongqing City and Hubei Province and are linked with the Daba Mountains. The Dark Cloud Peak, the principal peak, rises 2,400 meters above sea level. Wu Gorge came into existence when the Yangtze cut the anticline of the Wushan Mountains from the west to the east. There is plentiful rainfall in the Wushan Mountains, a famous area of rainstorms in China. Long years of wind and storm and the turbulent flow of the rivers have cut this area of limestone mountains into a thousand and one peaks of unusual shapes. The Twelve Peaks are the most outstanding among the peaks of the Wushan Mountains. 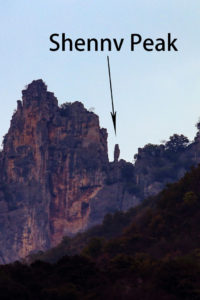 The Twelve Peaks are ranged on both banks of the Yangtze River in the eastern part of Wushan County, six on one side and six on the other, from ten to thirty kilometers from the county town. The six peaks on the northern side are the Soaring Dragon, Holy Spring, Morning Cloud, Goddess (or Cloud Watching), Pine Top and Gathering Immortals, all visible from the river. Of the six peaks on the southern side, the Clean Terrace, Gathering Cloud and High Rising are hidden by mountains along the bank. Only the Flying Phoenix, Green Screen and Gathering Cranes are visible. Travelers may take a boat or walk to Qingshi Township from where most of the peaks are within sight.

When the ship enters the area of the Twelve Peaks, the scenes change so constantly that it is hard for the eye to follow. The Annals of Wushan County says that from the distance, the peaks are like birds in flight, gathering crowds, fish scales, animal horns, flowing water, and men standing still. Some stand like sentries and some are half-hidden. Some look illusionary and some are particularly elegant. There are hundreds of shapes. They are displayed before one’s eyes and no words can describe them. Cloud and rain in the Wushan Mountains seem to come from nowhere. They give a touch of mystery to the peaks. The damp vapor in the deep valleys rises to the top of the mountains to become a fine drizzle or dark rolling clouds or a white misty fog enshrouding the peaks. The Twelve Peaks now appear and disappear as if the Goddess and the Flying Phoenix are really wandering in a world of illusion.

The gorge and the peaks of Wu Gorge have always been subjects for poets and painters. As transport has improved, they are also attracting more and more tourists.