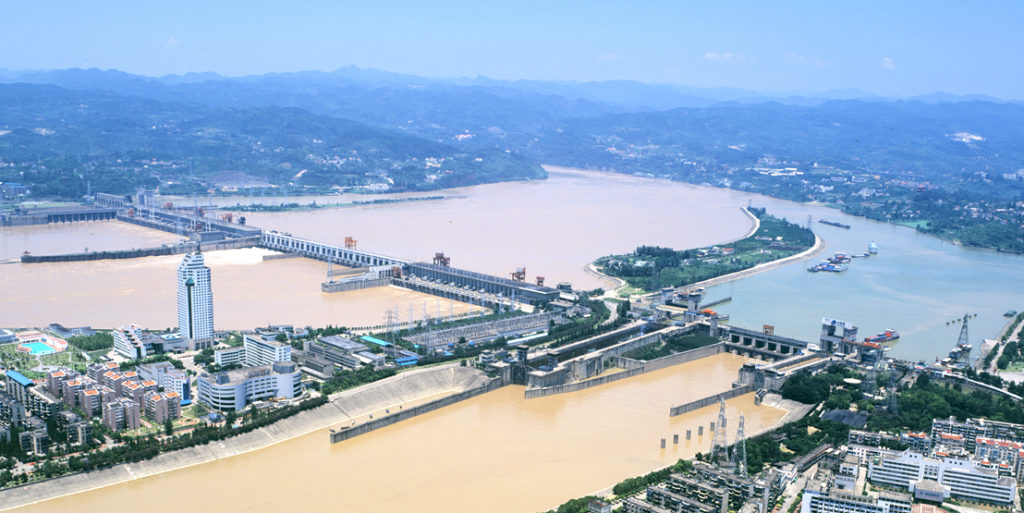 The construction of the Gezhouba Dam project started on December 30, 1970, and ended on December 10, 1988. The dam is 2606.5 meters long and 53.8 meters high, with a total storage capacity of 1.58 billion m3 and a maximum flood discharging capability of 110,000 m3/s. The two hydroelectric plants have 21 generating units with a total installed capacity of 2.715 million kW and an annual output of 15.7 billion kWh, which is transmitted to Shanghai, Henan Province, Hunan Province, Wuhan City, etc.

The annual one-way shipping capacity of the navigation facilities is 50 million tons and the total investment was 4.848 billion Chinese currency yuan. The Gezhouba Dam Project is a cascade which regulates the tailwater flow from the Three Gorges Project and improves the conditions between the two dams. After completion of the TGP, the annual guaranteed output of electricity from the Gezhouba Hydro Power Plant will be increased by about 430,000kw. Therefore the two projects considered twins through thick and thin. 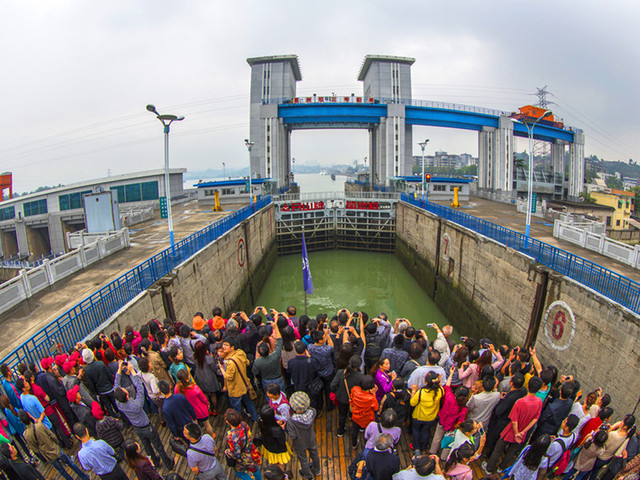 The dam has several sluice-gates and ship locks. Some sluice-gates are used for accumulating water for irrigation during fraught seasons; some function for generating electricity. But what is most interesting is how boats are lowered or raised by making use of ship locks. When a boat from the lower level enters a sluice-gate, the gate is closed and the boat is “locked in” between two gates. The water level rises gradually until it reaches a higher level. When the other gate opens, the boat has already climbed up to a higher level. Likewise, boats from a higher level could also easily get to the lower level. This scene has now become a highlight for visitors taking the Xiling Gorge Cruise & Three Gorges Dam Private Day Tour.