Yichang: Gateway to the Three Gorges

In the heart of pretty Hubei Province, the city of Yichang is a popular tourist destination because of its proximity to the celebrated Three Gorges Dam. Located where the Yangtze River splits from its upper reaches and middle reaches, this city has linked China for centuries.

Named “Gateway to the Three Gorges“, the history of the region goes back thousands of years, and was the site of many ancient battles. In the late 19th century, Yichang gained international attention when it was opened to foreign trade, becoming an important port for trade. Today, it’s the enormous hydroelectric dam just 30 kilometers upstream that draws the visitors.

Chick here to check the weather in Yichang. 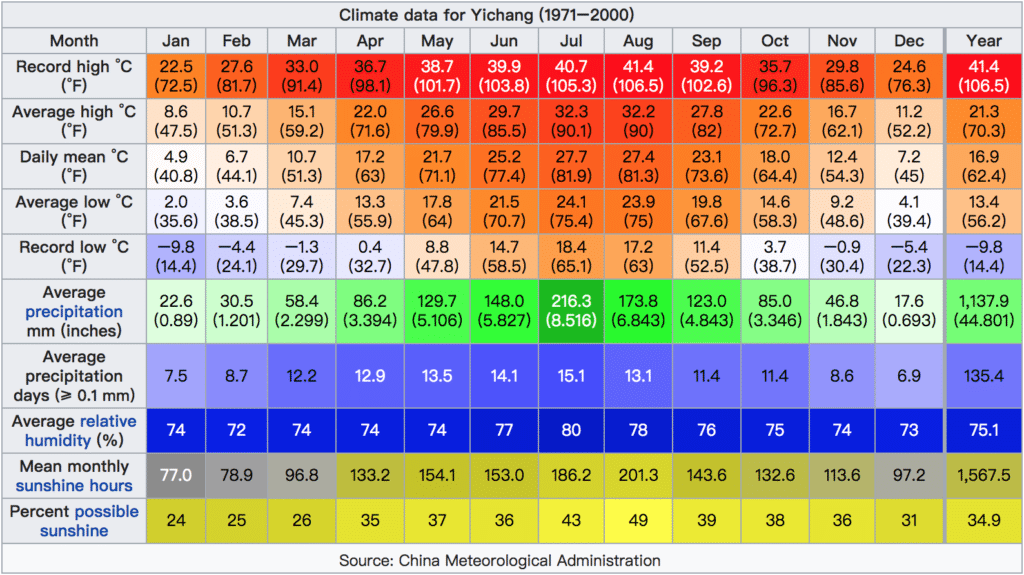 Most Yangtze River cruises visit Yichang, to see the largest dam in the entire world. Completed in 2006, the Three Gorges Dam set all kinds of world records, creating a reservoir of more than 600 kilometers, and flooding out 13 cities and 140 towns. It is a wonder to behold and is a true marvel of human engineering.

Travelers to Yichang can also see the Three Travelers’ Cave, which is just on the outskirts of Yichang. The park has much regional history on display, including ancient city artifacts, defensive walls, and memorial stones from World War II and it offers an excellent view over the Yangtze River Valley.

Tourists also come to see the Tribe of the Three Gorges, a theme park modeled on the ancient peoples of the area and an underground palace.

If you’re lucky to be in Yichang at the right time, you can take part in the city’s world-famous Dragon Boat races, which features teams from all over the world. Local legend says that the popular tradition of Dragon Boat races originated right here when the community rallied to commemorates the death of the poet and minister Qu Yuan (340–278 BC) of the ancient state of Chu during the Zhou Dynasty.

Click here for the Private Day Tours in Yichang.

Read more on the Yichang Highlights: