As your cruise the Three Gorges, you would see those mysterious hanging coffins in Lesser Three Gorges, Shennong Stream, Qutang Gorge, etc., especially when you take a small boat for shore excursions. 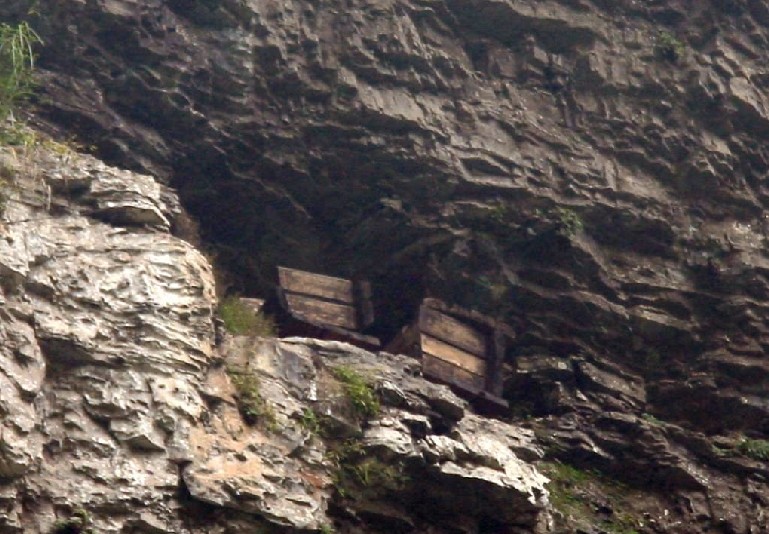 Ship-shaped coffins put into crevices had been a unique funeral and bury form for the ancient Ba people, who lived in the Three Gorges region.

Most coffins were made with one whole wood, like a boat, which best described their life on the river. It was said by the local people for generations that the higher coffin was put, the more honorable the deceased was. So most of the coffins contained the respectable seniors or brave soldiers. The hanging coffins have been a mystery for centuries until 1958 when a farmer found in a cave some bronze swords, black lacquer wood comb, etc. Another discovery was made in Fengxiang (Bellows) Crevice when 3 farmers found the remains of the dead, bronze swords, bronze axe, wood sword container, grass shoes, etc. 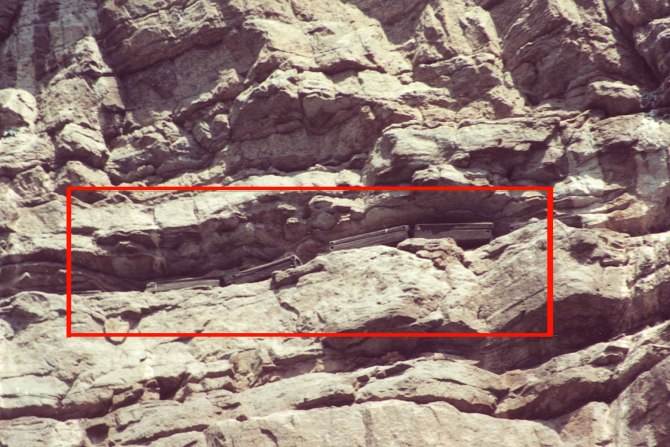 Such coffins can also be seen in Wanxian museums and Chongqing museum.