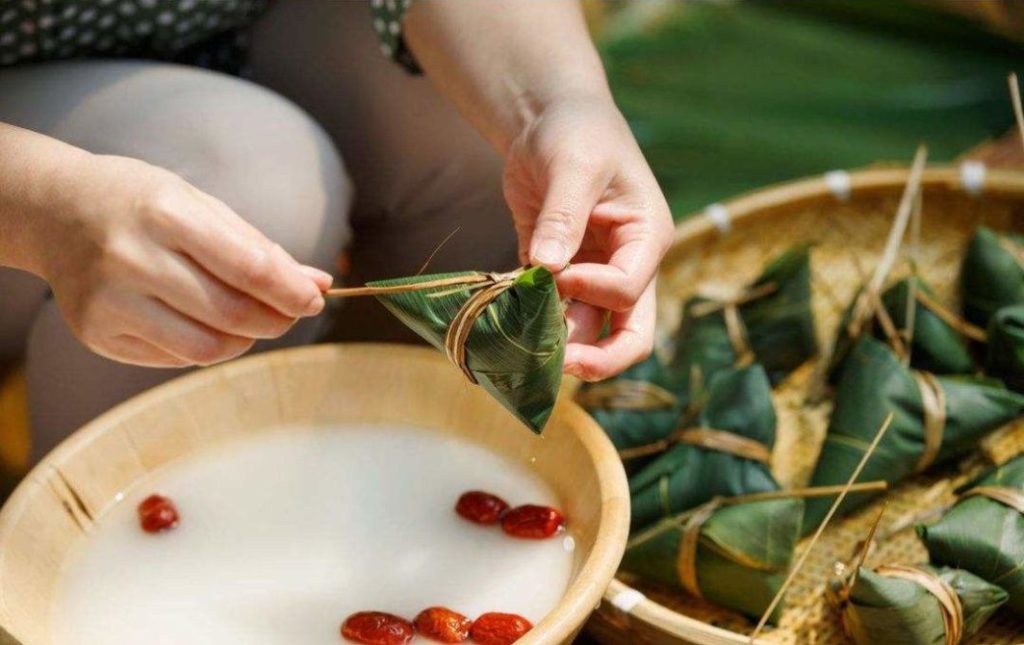 On Dragon Boat Festival or Double Fifth Festival (the fifth day of the fifth lunar month) every year, people in most places of China eat zongzi (dumplings made of glutinous rice) and stage dragon-boat races, all in commemoration of Qu Yuan. There is an interesting story behind this custom:

One day after Qu Yuan had drowned himself in the Miluo River, many people in his hometown saw him coming back in their dreams. Wearing an official hat and sash, he looked as dignified as in his lifetime, although his face was a bit haggard from grief. The elated villagers rushed to greet him. “Thank you very much,” Qu Yuan said, smiling. “Now that I have the love of my people who have never forgotten me, I can live in the other world without regret.” In their conversation with him, the peasants found him in poor health. So they asked, “Sir, did you enjoy the rice we sent you?” “Thank you,” he replied. “But it was all eaten by the fish and shrimps.” They asked how the rice could be saved for Qu Yuan himself. He suggested that the rice be wrapped in bamboo leaves which should be made to resemble water chestnuts to frighten away the fish and shrimps.

The villagers tried this method on the Double Fifth the following year, throwing the angular rice dumplings into the river. Before long, however, Qu Yuan told them in their dreams, “I ate many of the zongzi you gave me, but quite a few were seized by the fish and shrimps as before.” When asked what should be done to prevent this, he said, “You can dump the zongzi from a dragon-shaped boat while sounding bugles and drums. This would make the water animals think that the dumplings are meant for the Dragon King, who is the ruler of the water world. They would naturally not dare to take them.” 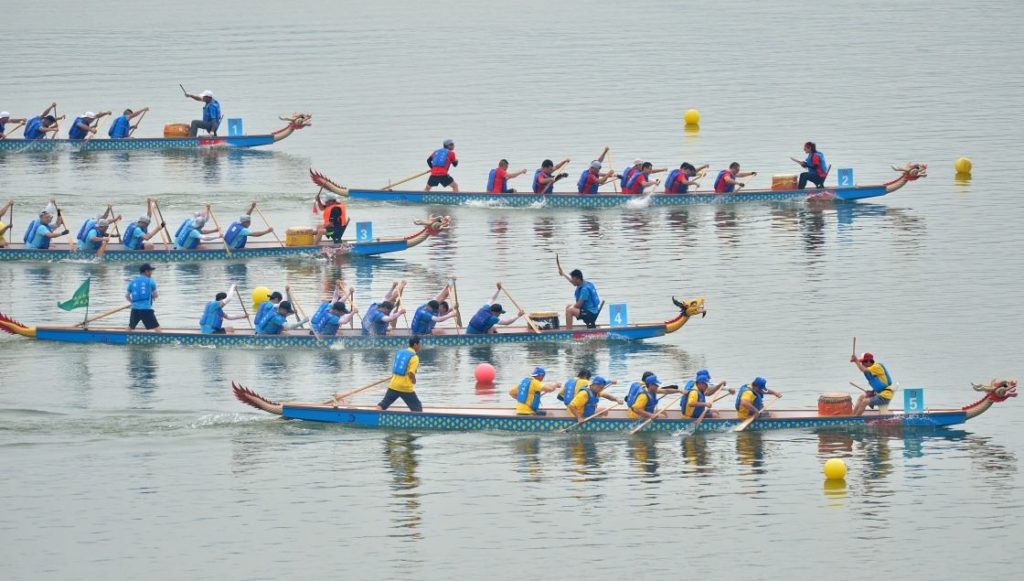 Thenceforth, the custom of eating dumplings and holding dragon-boat races on the Double Fifth spread to more and more places until it became a nationwide practice.

If you visit places where Chinese live, you will see such dragon boat racing. In some places, there are boat performances on the streets, such places out of mainland China are Hong Kong, Macao, Taiwan, New York, Los Angeles, San Francisco, Vancouver, etc.