On top of the north bank cliff is a stack of rock slabs that resemble a pile of books, called “tactics books”, and a sword-shaped rock on one side, which is thrust in the river, referred to as “sword”. The legend says there were left by Zhuge Liang, a legendary wise man, and turned into stone. 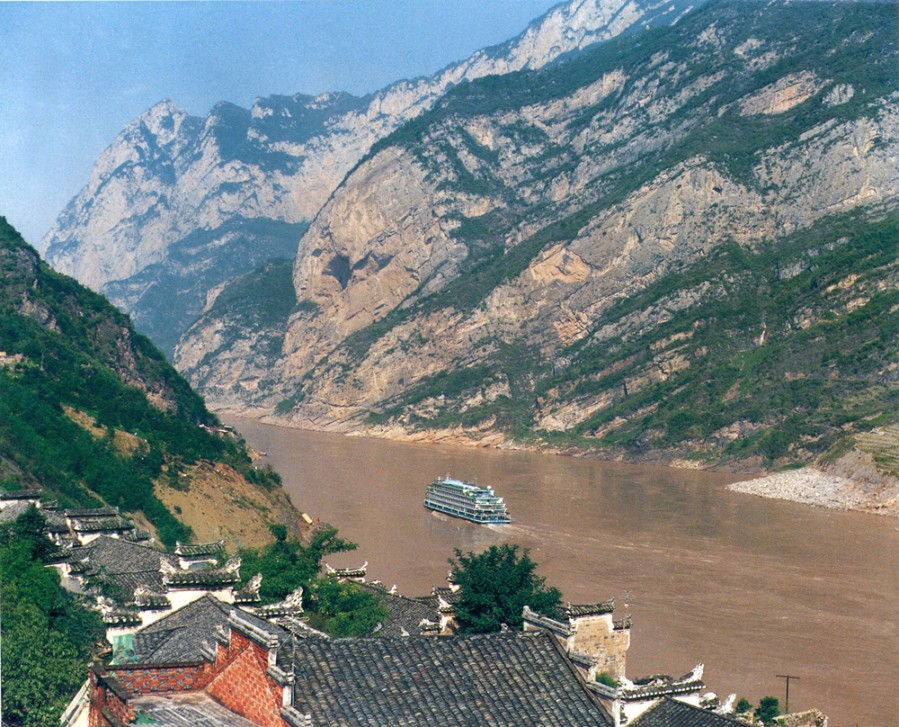 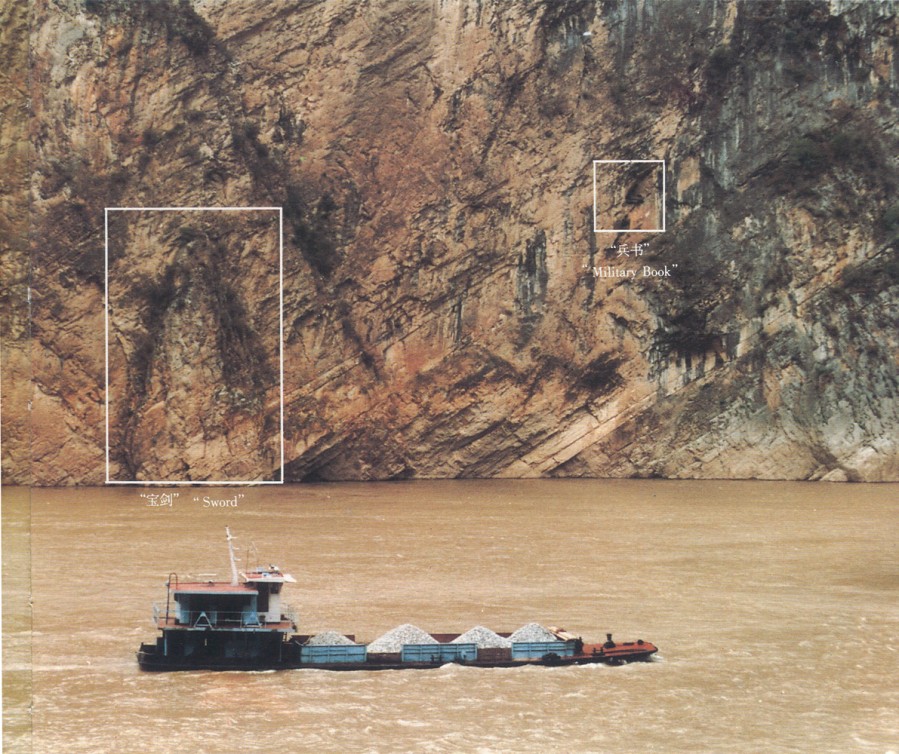 A folk story says that when Zhuge Liang (181-234), a statesman and strategist of the Three Kingdoms period (220-280), was traveling along the Three Gorges. he stored on a sheer cliff a military book he wrote and also a sword, hoping that some talented person in the future might be bold enough to take them for his use. But another version goes that Zhuge Liang stressed commanding troops in a way suited to the actual circumstances instead of according to dogmas. Thinking that what he wrote in his book on the art of war should not be mechanically followed by the future generations, he put it away in a mountain valley.

Today, the “tactics book” and “sword” are found on a cliffside about three kilometers downriver from Xiangxi. In fact, the “book” consists of some fossilized ancient coffins and the “sword” is a rock resembling such a weapon pointing skyward. 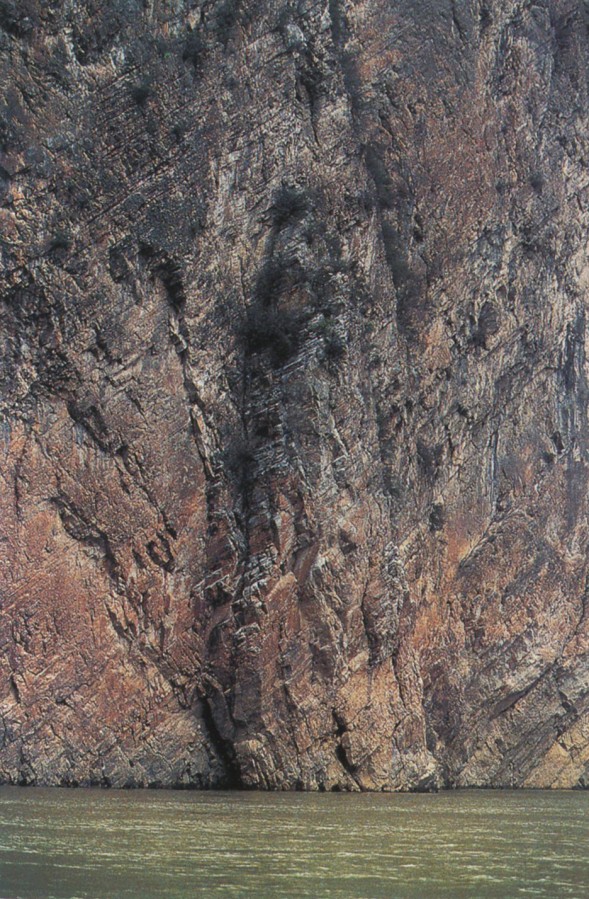 The Tactics Book and Sword Gorge is otherwise called Granary Gorge. Opposite the “book” and “sword” is a rock cave into which dust falls through a fissure on a windy day. The accumulation looks like a heap of grain. A story says that this is where Zhuge Liang stored grain for his troops.

This gorge is a narrow, four-kilometer-long strip sandwiched between Baituo and Xiaoqing shoals. A stone statue of Qu Yuan was excavated at the latter shoal. It is a legacy from the Jiajing reign (1522-1565) of the Ming Dynasty and is now on display in the Qu Yuan Memorial Hall of Zigui County. 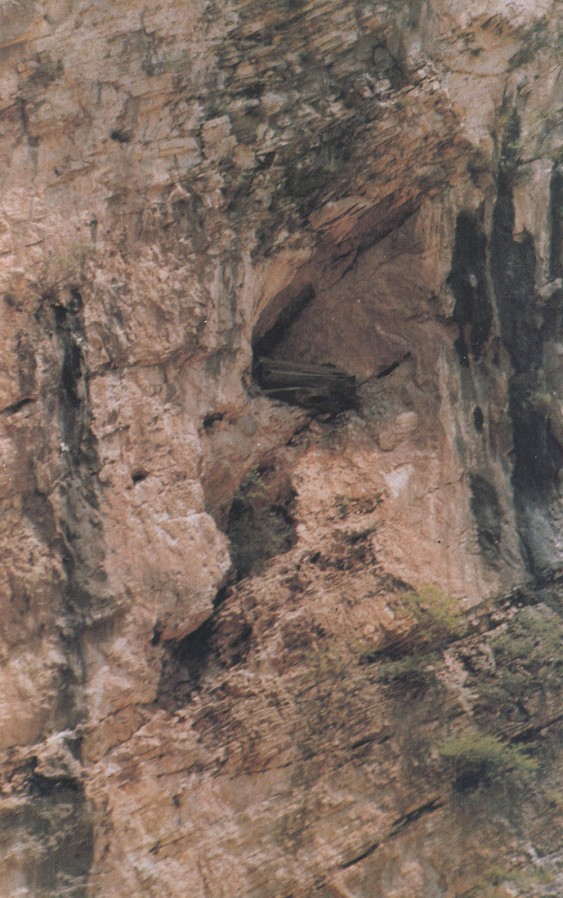 Tactics Books — actually some suspended coffins in a cave

Downstream from Xiaoqing Shoal, the tourist finds on the north bank a rockface shaped like an old man fishing with a rod. People refer to it as “Duke Jiang Fishing on a River”. (Duke Jiang was a statesman of the Zhou Dynasty, who lived in the 11th century B. C.) A little distance further down lies the Moon Cave, so named because, in the high-water season, the sun shines into the cave entrance to produce a moon-like circle of light.