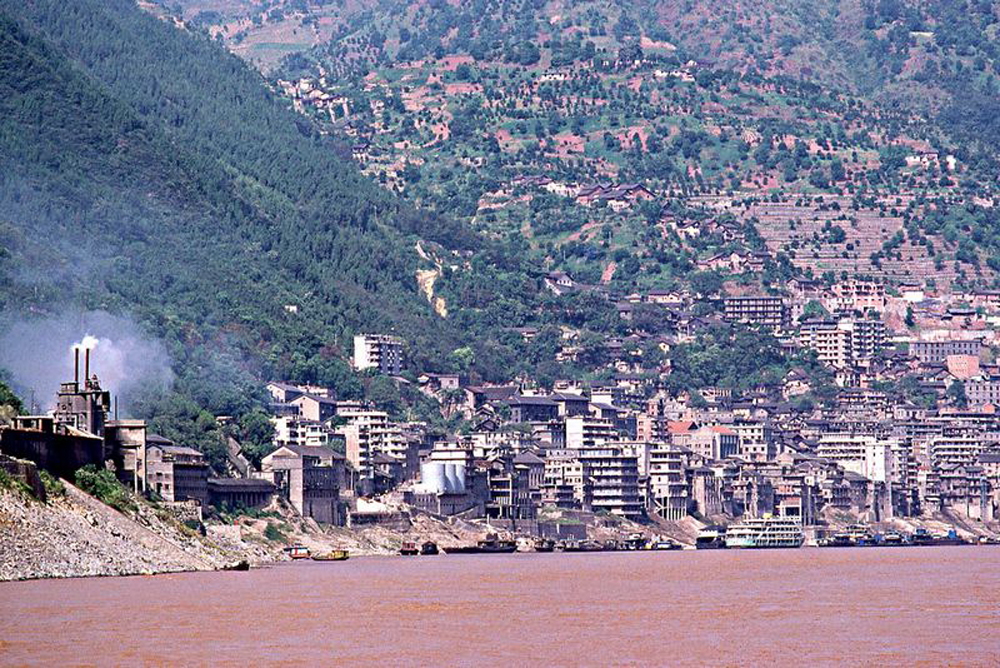 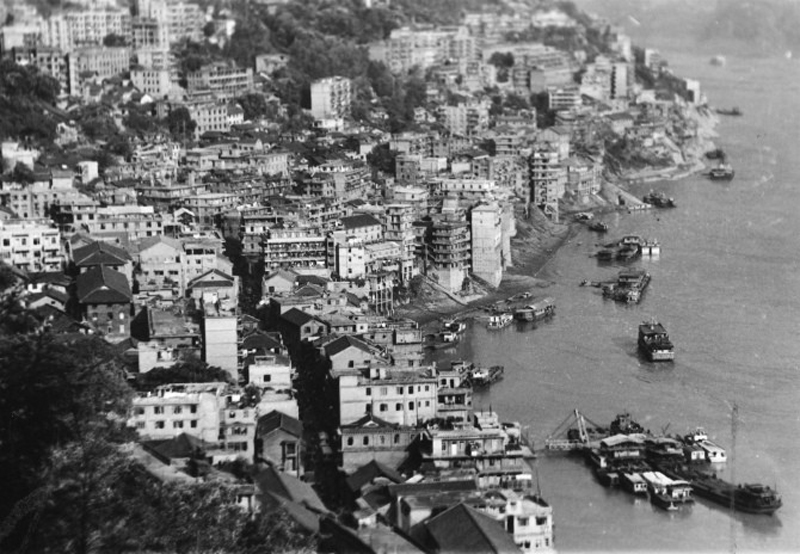 The ancient town of Badong lies on the southern bank of the Yangtze River and to the east of the Daba Mountains. Located at the strategic point of communications between Chongqing and Hubei Province, it is the collecting and distributing center of goods from the mountain areas of western Hubei. The local and special products of western Hubei such as tung oil, raw lacquer, herbal medicines and animal skins are shipped to other places through the highway between Badong and Enshi and by the Yangtze River. 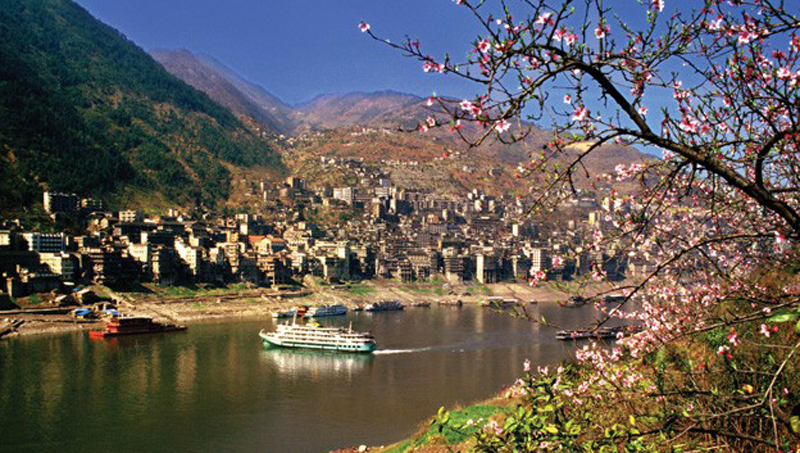 Located in the broad valley between Wu Gorge and Xiling Gorge, the town of Badong offers extensive views of the surrounding areas. On a cliff face in the town are four large characters reading “The clouds disperse at the gorge of Chu”. It is in the hand of a man named Li Ba who lived during the Qiantong period (1736-1795). It is said that when he traveled through the gorges to his post of inspector general of ling and Xiang, clouds and mists obscured the mountains all along his way and did not disperse until he reached Badong. So he wrote the inscription as soon as he landed. There is also a couplet at the same spot, which says, “It is deplorable that there have been very few good officials since ancient times; it must be known that there are many suffering people in this world.” This is indeed an inscription of a different style. 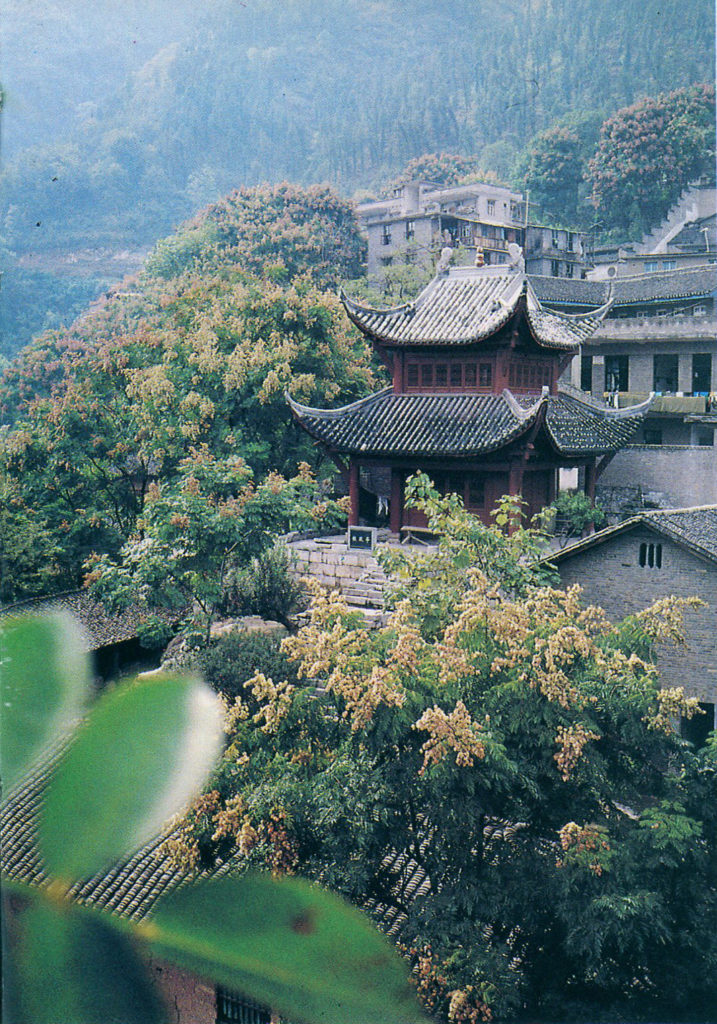 The famous statesman Kou Zhun of the Song Dynasty once served as the magistrate of Badong County. Many famous spots and legends are associated with him. Among the many ancient structures are the Autumn Wind Pavilion, Pavilion for Encouraging Farming and Pavilion of Longevity and Peace. It is regrettable that all of them are out of repair. There are hardly any traces of many of the historical sites. A long canal, however, has been built along the cliff diverting the waters from the Sourceless Cave. The scenery there is very attractive.

Among the scenery in Badong, Shennong Stream and Gezi River Stone Forest are the most famous. 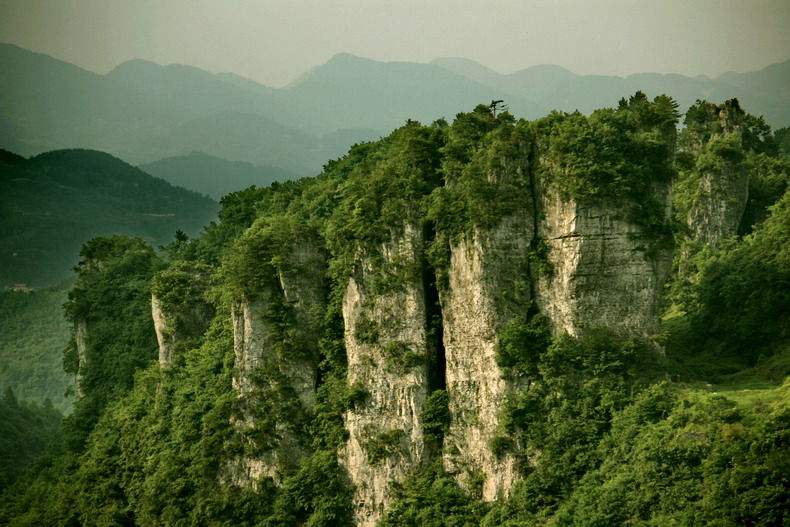 The Gezi River Stone Forest lies in the southwest of Badong, where each of the many fantastic peaks and grotesque rocks presents its unique shape, and tall, straight pine trees rise sheer out of verdant carpets of lush grass. More than thirty single peaks and seven caves are linked up by three meadows, four spots of “thread of sky” (extremely narrow passage between huge rocks, where only a streak of the sky is seen), five “gates”, six “tunnels” and eight deep “lanes”, all crisscross to make a labyrinth of the whole place, which together with the nearby Chuanxin Rock, Nine Dragons Scene, etc., has formed the famous scenic spot of Gezi River Stone Forest, covering over 10 square kilometers. 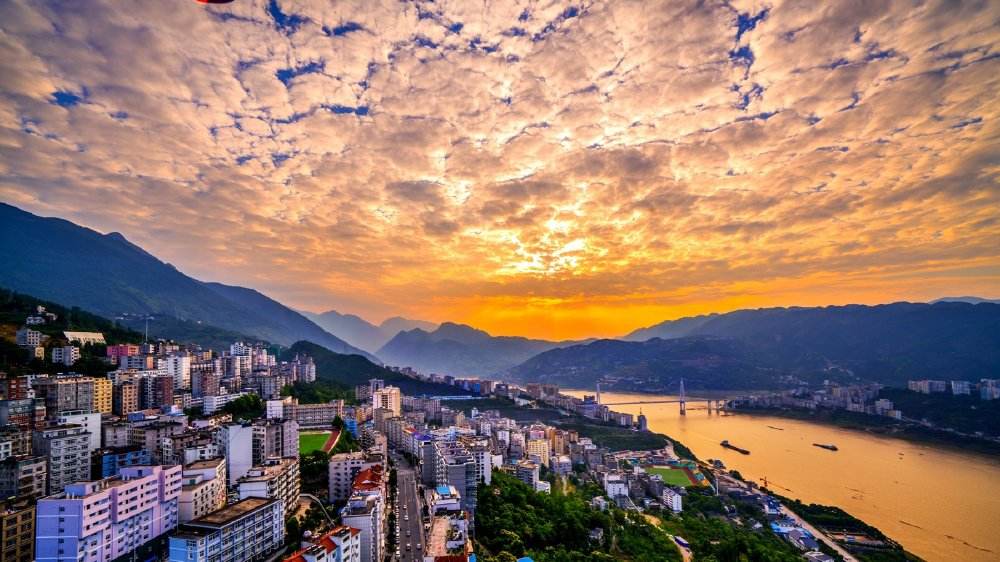