From Badong County in the west to the Nanjin Pass in Yichang in the east, about 66 km long, Xiling Gorge is the longest of the Three Gorges and is entirely within Hubei Province. This gorge is full of shoals and rapid currents. The most dangerous shoals are Xietan, Qingtan and Kong Ling, collectively known as the Three Shoals of Xiling. Among all the dangerous shoals, Qingtan Shoal and Kongling Shoal are the most famous. 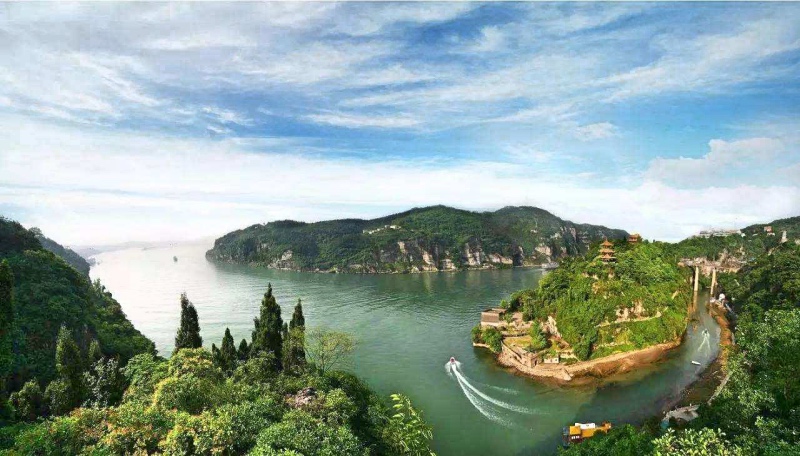 Qingtan Shoal, stretched between “Tactics Books and Sword Gorge”(Bingshu Baojian Gorge) and “Bull’s Liver and Horse’s Lung Gorge”(Niugan Mafei Gorge), including First Shoal, Second Shoal and Third Shoal, runs 1.5 km from west to east, teeming with reefs and convulsed with sweeping, boisterous rapids. Sailors called it “Iron Threshold” to the river. Boats and skiffs used to shoot downstream like flying arrows and flounder upstream as if scaling a ladder, zigzagging their way either up or down.

The Great Shoal, for example, sprawls in the middle of the river, dividing it into two channels: the south channel full of jagged reefs and fickle eddies; the north narrow, twisted and forbidding with submerged rocks. Besides, there was a hideous reef called “Coming-at-Me”, which used to fill people with fear. This is a shoal where passing boats had to thread their way through the reefs, dodging from side to side all the times. 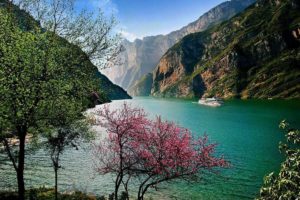 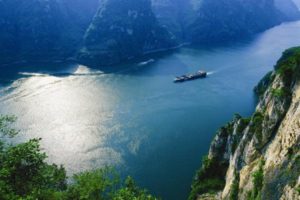 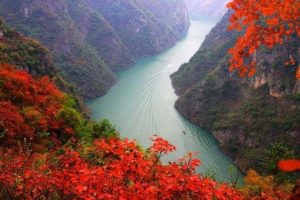 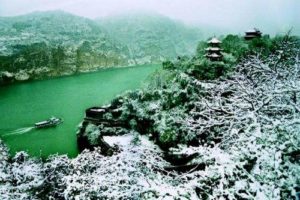 At the foot of the Heavenly Pillar Peak, there is a stalactite Huangsang Cave, over with spans a natural stone bridge known as the Fairy Bridge, covered with creeping plant growth. On one end of this bridge stands a statue of a fairy. It is truly wonderful to look down at the boats shuttling to and from this point. 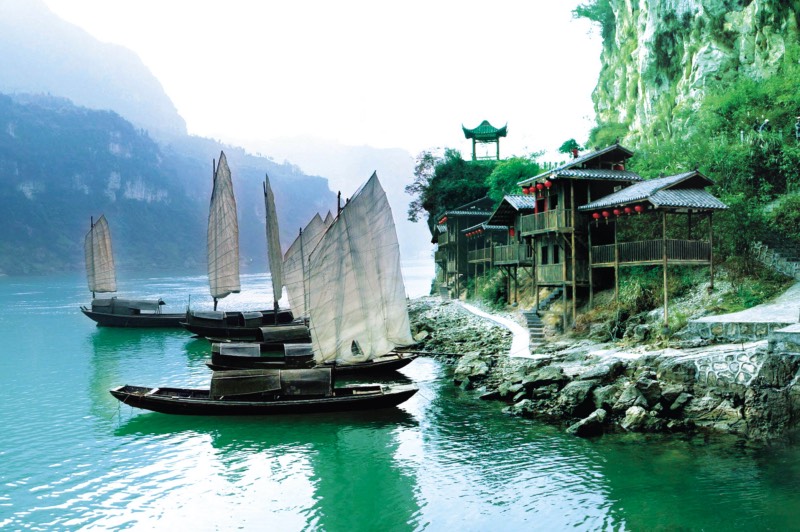