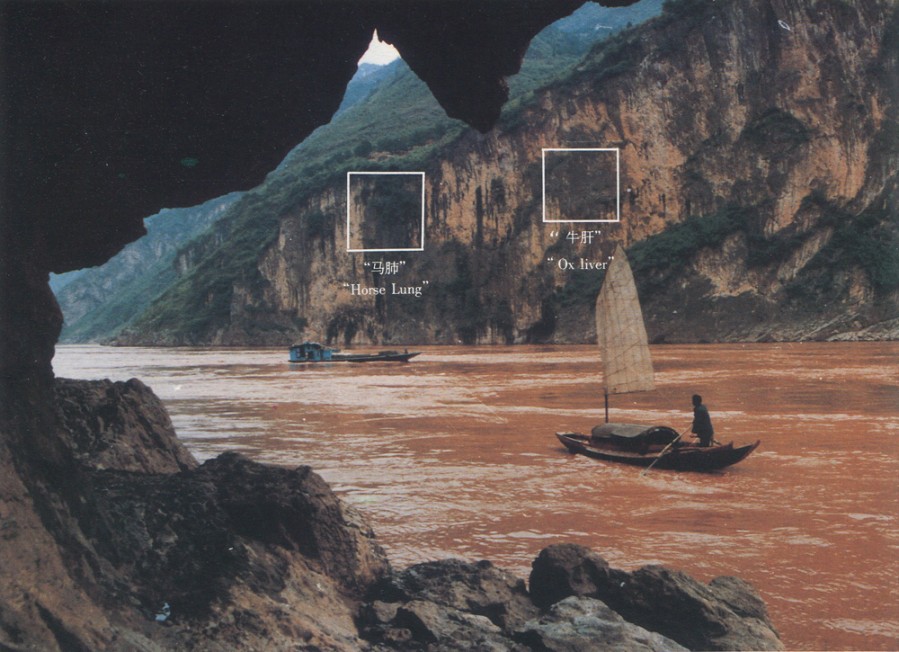 It is 5 kilometers from Qingtan Shoal on the north bank in Xiling Gorge. From a cliff half way up the mountain suspended a lump of reddish-brown shale in the east, which is shaped like a bull’s liver, and dark brown rock in the west resembling a horse’s lung. Both are strikingly true to life. Hence the name “Bull’s Liver and Horse’s Lung”. 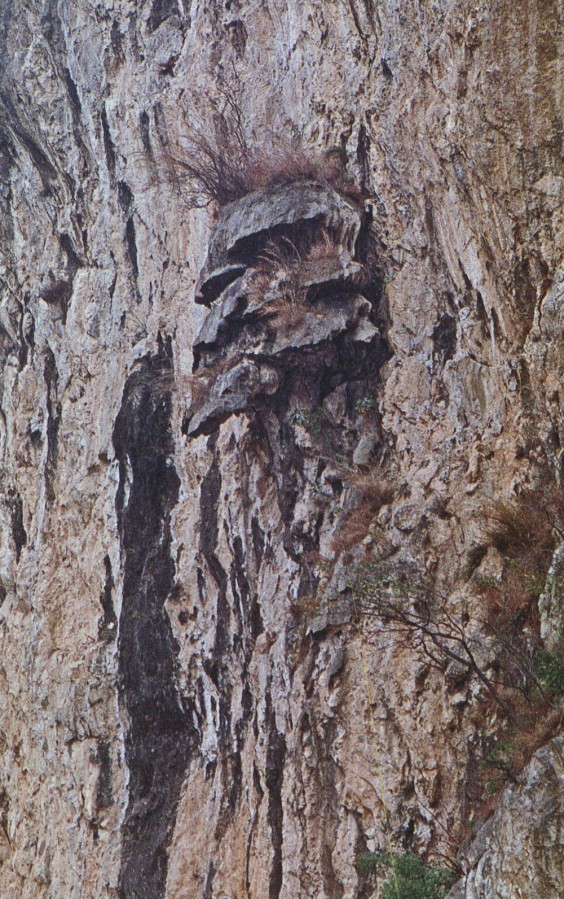 The rock resembles a bull’s liver

During World War II, an invading Japanese warship fired at the Horse’s Lung and damaged it. Formerly the Horse Lung had a pine tree growing on it like a soldier guarding the spot, and it serves as a sort of natural navigation aid for the boats cruising by.

Upper half of the Horse’ Lung. Rest was knocked off by an British army boat

For centuries, these weird-shaped rocks have been a scenic sight. In the Guangxu reign (1875-1908) of the Qing Dynasty, however, a British gunboat intruded into this part of China bombarded the Horse Lung, destroying the lower half of it.

The north bank here also highlights a rock in the form of a phoenix whose beak extends towards the shore. During the flood season, this mythical “bird” raises columns of waves with its prolonged beak. The spray flying meters high glistens under the sunshine like so many flowing multi-colored ribbons. Opposite the “Phoenix” is another rock of a bizarre shape lying atop a towering peak. It looks like a warrior riding a stud. Hence the name “Warrior-Horse Rock”. People refer to these two rocks together, calling them “Zhang Xiao Chases the Phoenix”. The legend runs that, in ancient times, a phoenix was pecking away at the wheat crops here. A young warrior, Zhang Xiao, who was chasing the bird arrived on horseback. The bird flew to the other bank to become a green ridge, whereupon Zhang was petrified into a human figure watching the “bird”, from his horse.