Meng Liang Ladder is at the entrance to Qutang Gorge, also on the southern bank of the river and to the east of the Whitewashed Wall. It is a Z-shaped series of holes chiseled into the rock face, each hole measuring 33 cm deep, 24 cm wide and 21 cm high and with a 1-meter interval between the holes. They are arranged halfway up the mountain and out of the reach of climbers. These holes are known as Meng Liang Ladder. 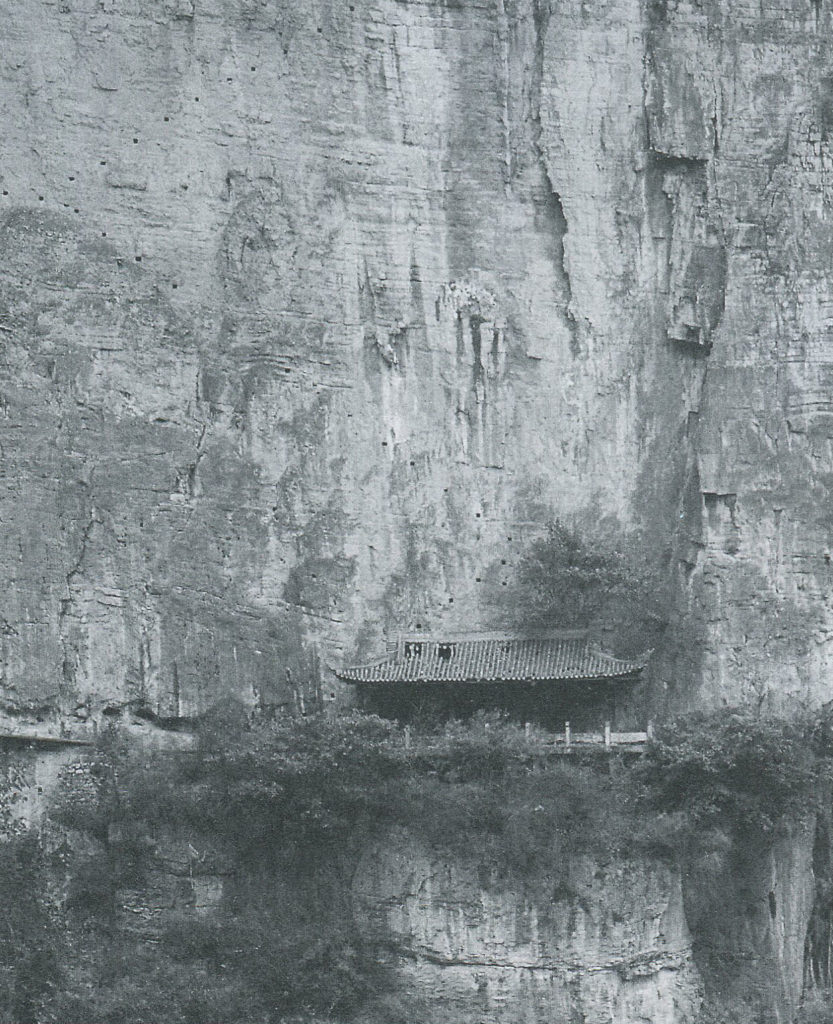 It was said that Yang Jiye, a famous General of the Northern Song Dynasty 1,000 years ago, who repeatedly performed meritorious service in frontier wars, was murdered by treacherous officials and was buried on top of Mt. White Salt, which was guarded by soldiers. Meng Liang, one of Yang’s followers, loved Yang so much that he wanted to bring back his body. One dark night, he chiseled holes into the rock face on the cliff trying to set a staircase so that he could climb to the top of the mountain to reach the grave. As he was working away, he was discovered by a monk who intended to disrupt Meng’s plan. The monk mimicked the rooster’s crow to make Meng Liang give up his work, thought the dawn was breaking. 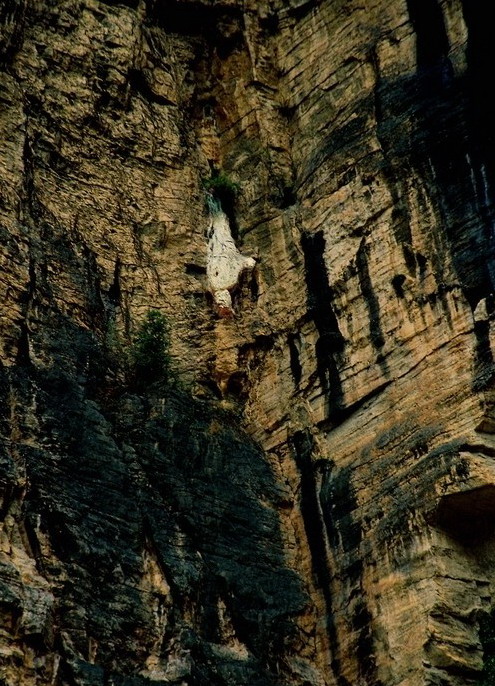 Meng Liang got so angry when he found what happened that he hung the monk upside down on the cliff, so people would curse and spit at him. Now to the east of Meng Liang’s Ladder is a slightly protruding rock which looks like a bare-footed monk being suspended upside down. It is called the Suspended Monk because it was said he was the one who mimicked the rooster’s crow and was punished by Meng Liang. It became another scenic spot on the river. Nowadays, the Suspended Monk is underwater after the built of the Three Gorges Dam. 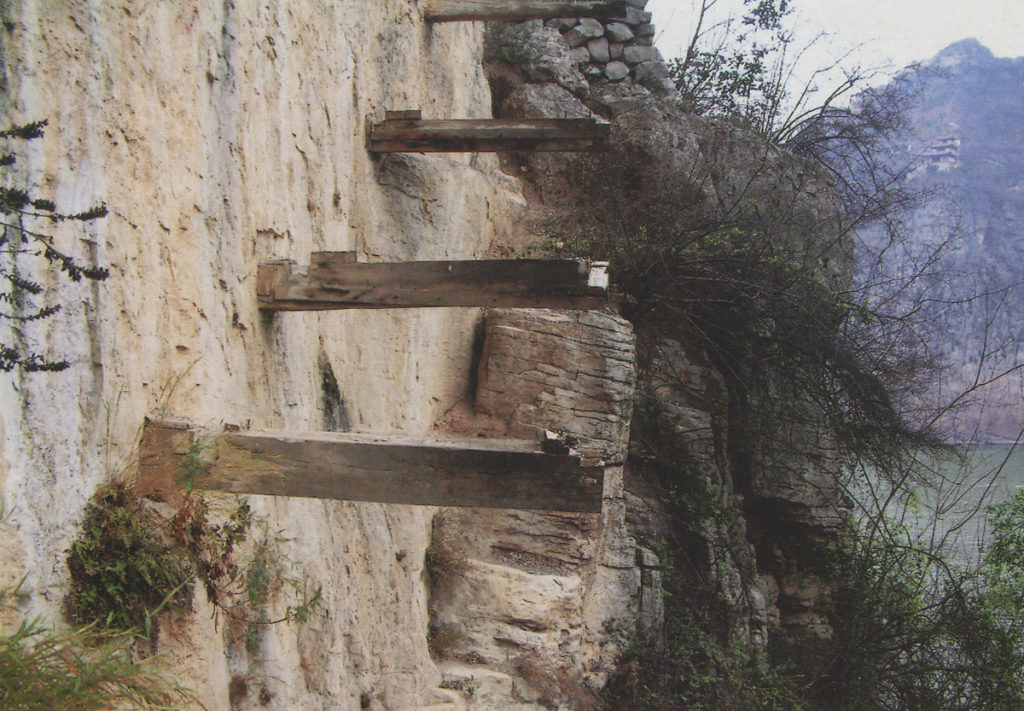 Plank remnants below the Mengling Ladder

The holes in the rock are, in fact, remains of an ancient plank path, a flight of holes reaching halfway up the cliff. A wooden beam still remains in one of the holes. There was a town on the White Salt Mountain in ancient times. The plank path very possibly led to the mouth of Qutang Gorge and White Emperor City. The holes reached only halfway up the mountain because the upper half could be climbed by ropes suspended from above.