Sailing from the Huangling Temple (Yellow Ox Temple) down, cruise ships pass Nantuo and comes out of Miaonan broad valley to enter the Shadow Play Gorge, close to Shipai Town on the south bank of the river, on the east section of Xiling Gorge. 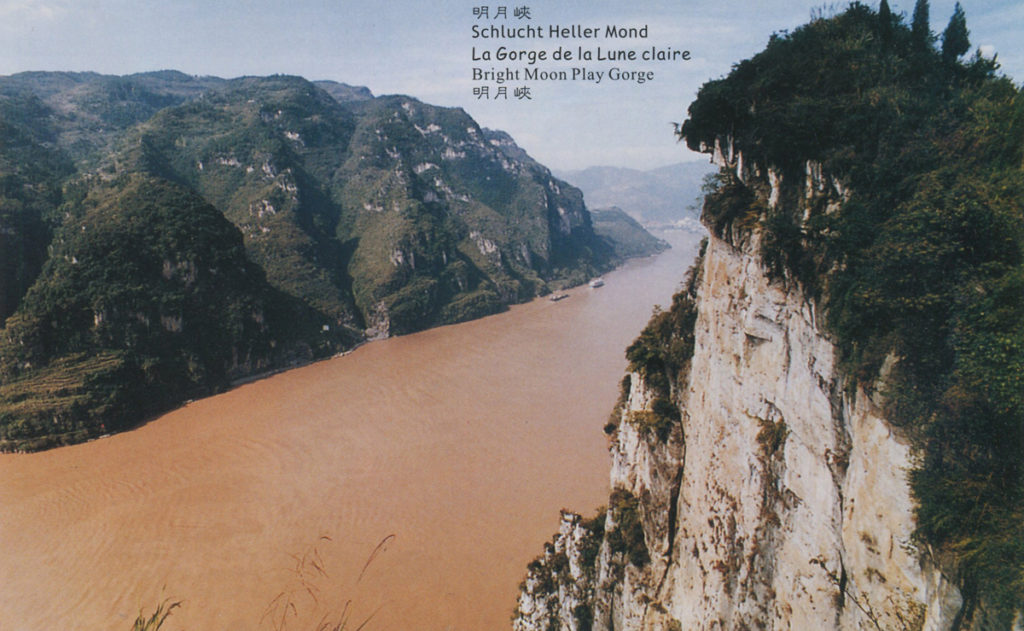 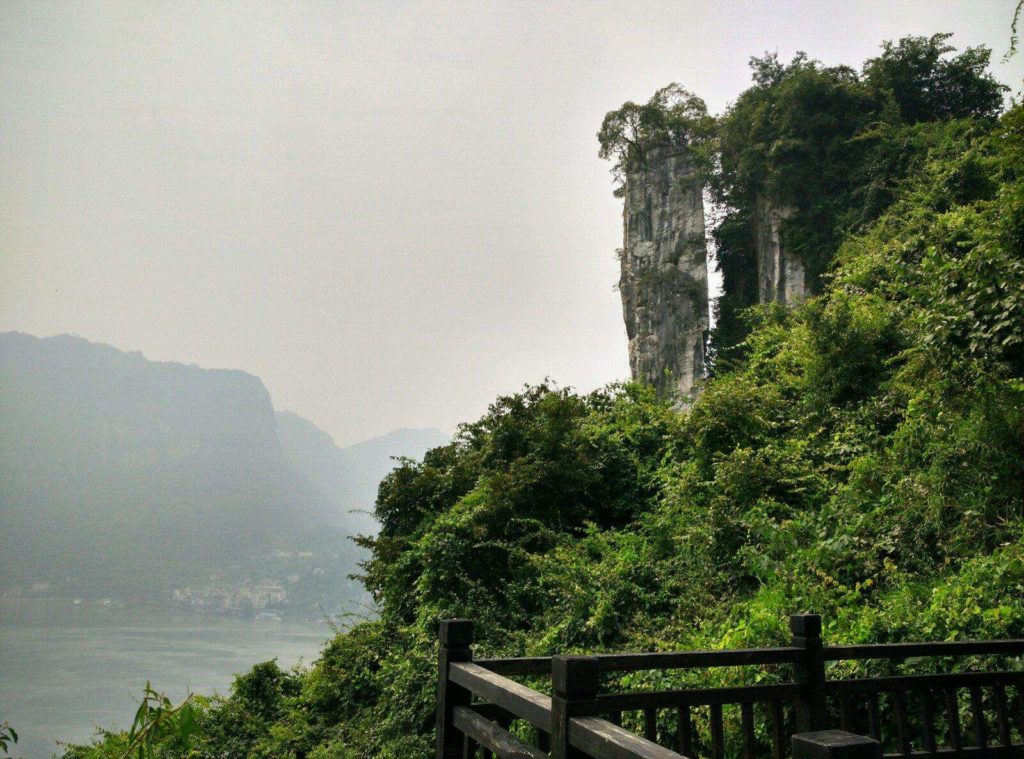 The mouth of this gorge is situated where the Yangtze River makes a 90-degree turn. On the south bank near this spot stands a rock shaped like a tombstone. That is why the neighborhood is called the Stone Tablet. Atop a peak about one kilometer west of it are four strange rocks resembling Monk Xuanzang and his three disciples in the Chinese mythological novel Journey to the West, which describes the adventures of the four on their journey to obtain the sutras. 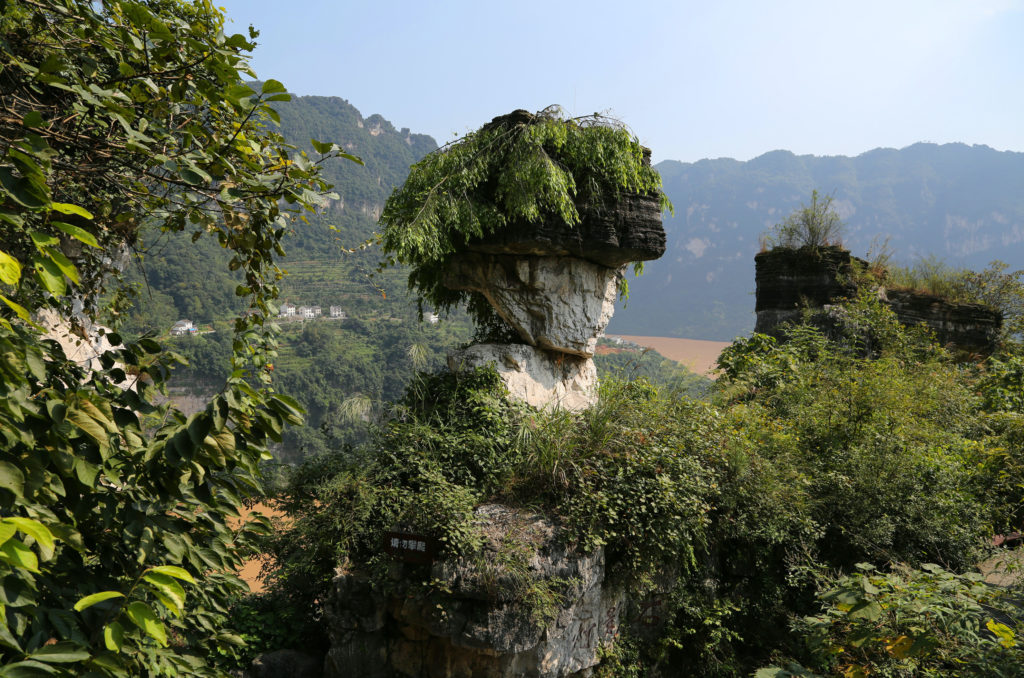 The rocks are most lifelike in the setting sun – Monkey Sun making an awning with his palm, Piggy sticking out his potbelly, Monk Shaseng striding vigorously ahead and Monk Xuanzang pointing forward in the rear – all silhouetted against the sky in the twilight so much similar to the figures in the shadow play, the whole scene being in its best when viewed from a moving ship. Hence the name of this gorge section, “Shadow Play Gorge”. 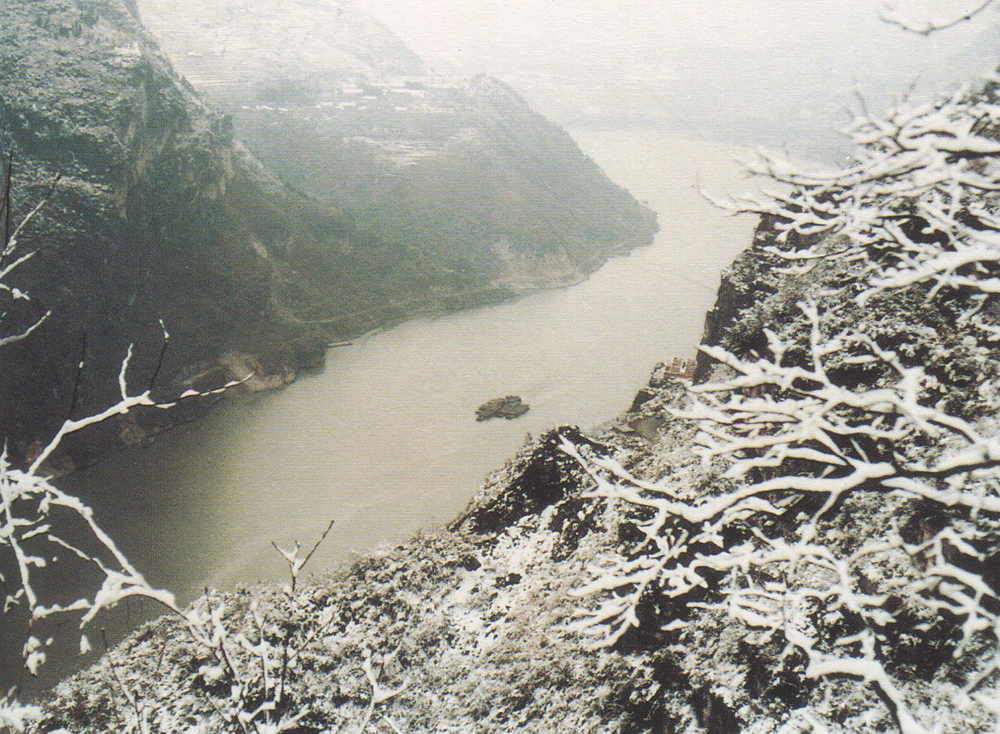 This section of Xiling Gorge has yellow, gray and brown rocks. Some are also of silvery white, which sheds its dazzling light like a bright moon. Hence Shadow Play Gorge has got another name, “Bright Moon Gorge“. 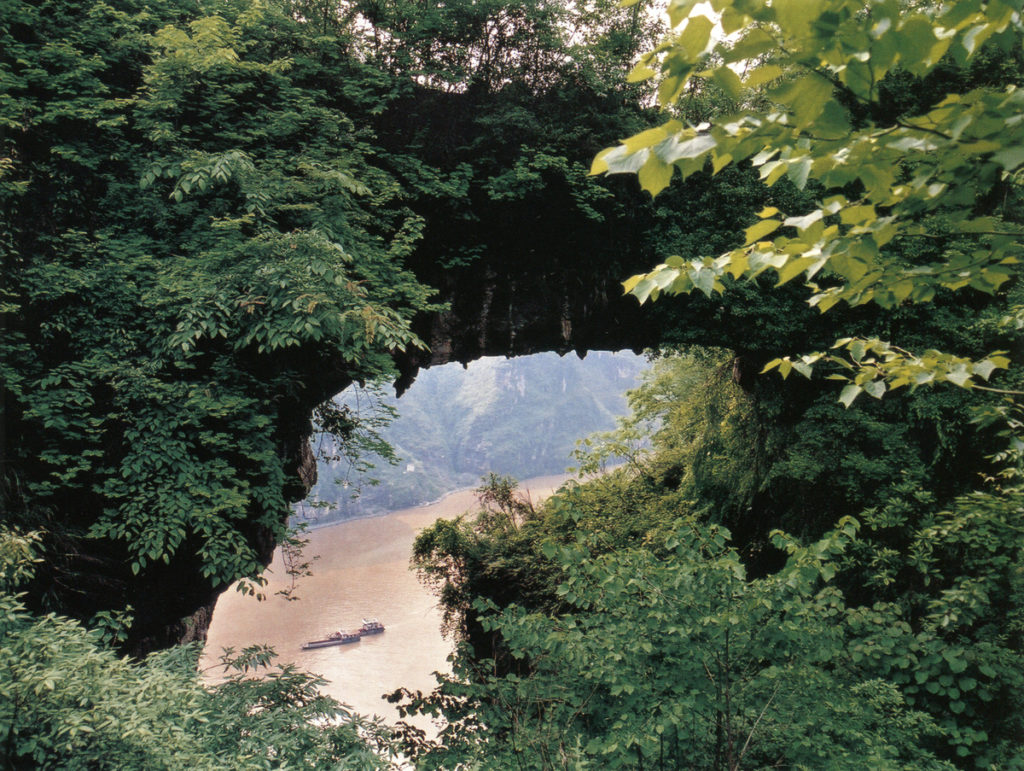