Wushan (or “Mt. Wu”, “Wu Mountain”) is an ancient city at the east end of Chongqing. Lying on the northern side of the Wu Gorge, where the Daning River and the Yangtze River converge. It is the port for Lesser Three Gorges. A famous ancient town has attracted a countless number of tourists since ancient times. 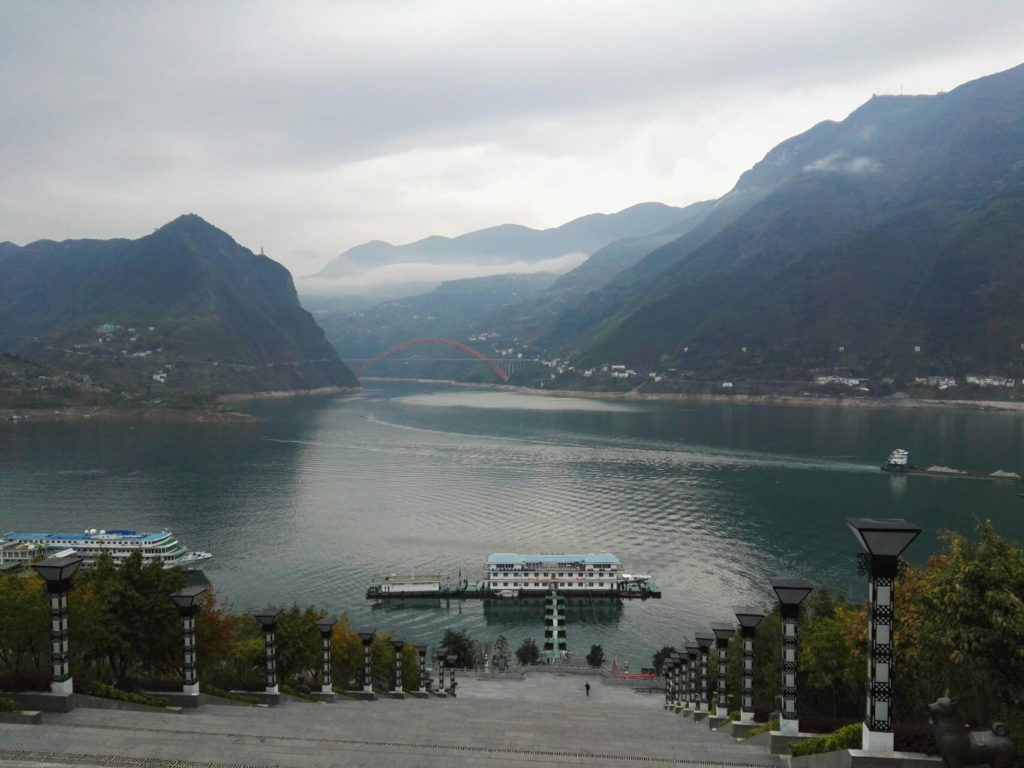 Known as Wu County in Qin and Han times, it adopted its present name in the Sui Dynasty (581-618). According to “Rhymed-Prose on Wu Mountain” written by Guo Pu of the Jin Dynasty, an imperial physician named Wu Xian lived during the time of King Yao. He won the favor of the king and was invited to the mountain. When he died, he was buried in the mountain, which was then named after him. Another story told by people of Wushan says that the place is so named because the Nanling Mountain is shaped like the character “Wu” (Wu). What is more interesting is that there are altogether twelve streets in this little walled mountain town and they are named after the twelve peaks of Wu Mountain. All these well known peaks are located on either side of the gorge facing the roaring river and offering everlasting charms. Out of repair before liberation, the streets have been tidied up and beautified. Today, they really deserve their poetic names such as “High Rising”, “Soaring Dragon”, “Goddess”, “Green Screen”, and “Flying Phoenix”. 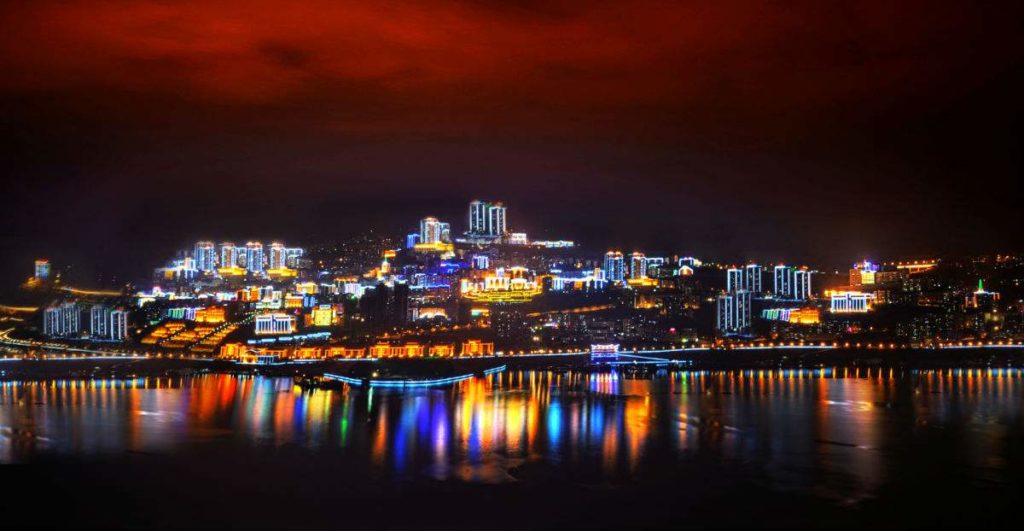 Situated in the Daning River broad valley at the entrance to Wu Gorge, the town of Wushan faces a broad stretch of the Yangtze, which may become 700-800 meters wide during high water season. As the river flows into the gorge it suddenly narrows to 100-200 meters, resulting in an annual difference of over 50 meters in the local water level. At the wharf, a series of water gauges have been erected from the waterside to the mountain slope. It is a spectacular sight to watch the water rising during the flood season.

Wushan is famous for its Three Terraces, Eight Scenes, and Twelve Peaks.

The Three Terraces are:

The Eight Scenes, all of which are not far from the county town:

The Twelve Peaks are ranged along either bank of the river ten to thirty kilometers east of the town. Although the natural scenery of mountains and river, morning sun and evening moon is still there, the ancient temples and monasteries are nowhere to be found today. 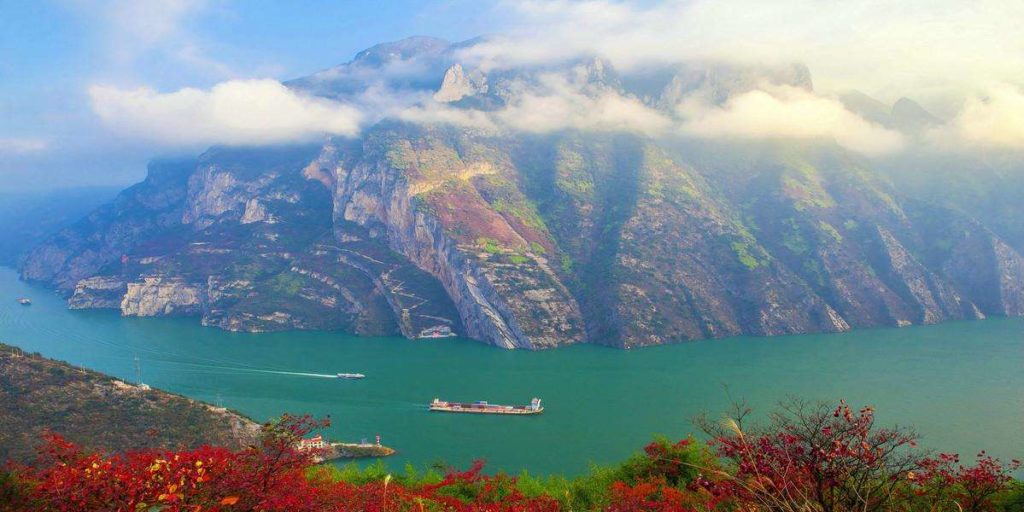 Wushan is not only famous for its scenic and historical sites, but also rich in natural resources. It has abundant native produce, including medicinal herbs, tallow tree, raw lacquer, and pear. The local medicinal herb “Dangshen” produced in Damiao (Big Temple) enjoys such fame that it is called Miso Dang. The oil-bearing tallow tree has an iron-gray trunk and green leaves in spring and summer. The leaves turn red like maple in autumn and the tree is laden with white seeds in winter. People therefore call it “‘iron tree bearing silvery flowers”.