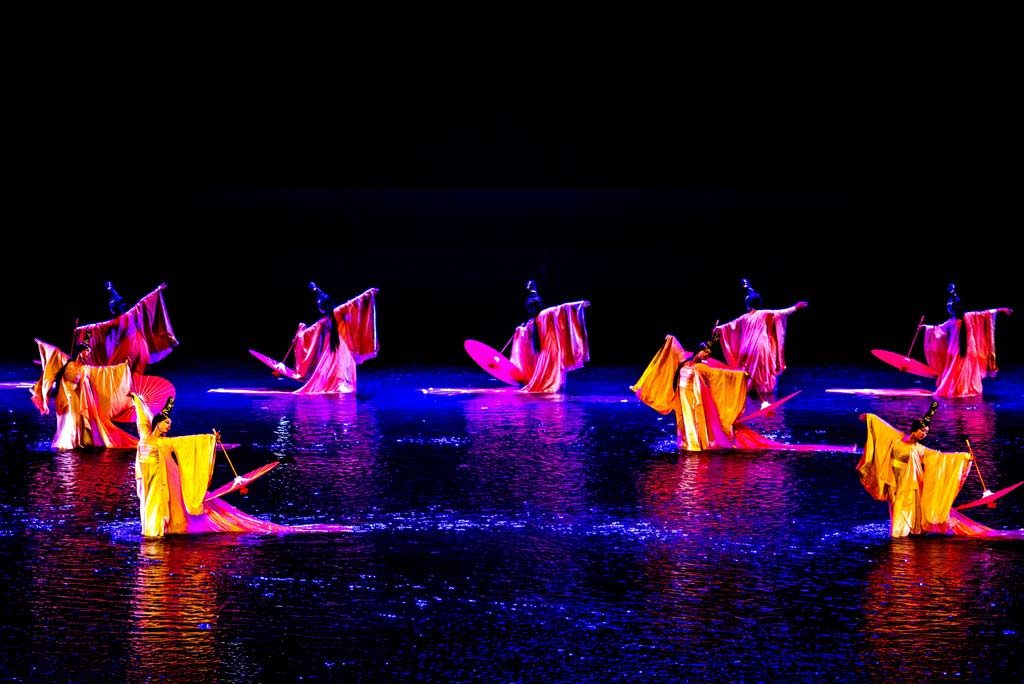 About the “Return to the Three Gorges” Live Show

The Chinese culture, stems from a prominent history. Land of Chongqing, nurtures promising talents and creatures. Three Gorges of the Yangtze River has been shaped into peculiar figures by waves of millions of years. The City of Poetry in China has been formed by tens thousands of literature works of numerous scholars and poets stopped by under sunlight and moonlight over two thousand years.

Return to Three Gorges is a large-scale live performance of poetry culture, directed by Zhang Yimou, and is held in the City of Poetry in Fengjie (landmark White Emperor City). Live performance of “Times Altering Work” and “Work for Generations” are given out in the scenic spot of Qutang Gorge. By means of applying Kuimen, Qutang Gorge, and White Emperor City as the background of the performance, using Chinese poetry as the mainline, adhering to the concept of ecological environment protection, and using high-tech to reproduce the artistic conception of poetry creation, we create the chance for all the audience to enjoy the magnificent natural landscape of the Three Gorges of the Yangtze River in the dreamlike aesthetic poetry, as well as manifesting the unique traits of Chongqing and the profound culture of the city of poetry, Fengjie.

Return to the Three Gorges takes the sky above as its stage and mountains and rivers the act drop. Enjoying the magnificence and charm of the Three Gorges, we are guided through the long river of history and enjoy the homeland of poetry. It was at this place that Li Bai waved goodbye to morning cloud, took a small boat and left with ambitions, Du Fu listened to drizzling spring rain, watched orioles and climbed high to oversee the Yangtze River, Liu Yuxi sat by willow trees, heard songs singing and delivered a sentimental feeling of girls, Su Shi faced the river in front of him, thought of what had happened to Zhou Yu and retrospected history to guide his behaviors when under the moonlight and sat beside the river… Let’s read, perform and inherit Three Gorges together!

Passengers departing Chongqing on the four-day Three Gorges Highlights downstream itinerary can choose the “Romance of the Three Kingdoms” live show (optional at extra cost), presented in an outdoor setting on Three Gorges Harbour in Zhongxian.