Tales about the Goddess Peak 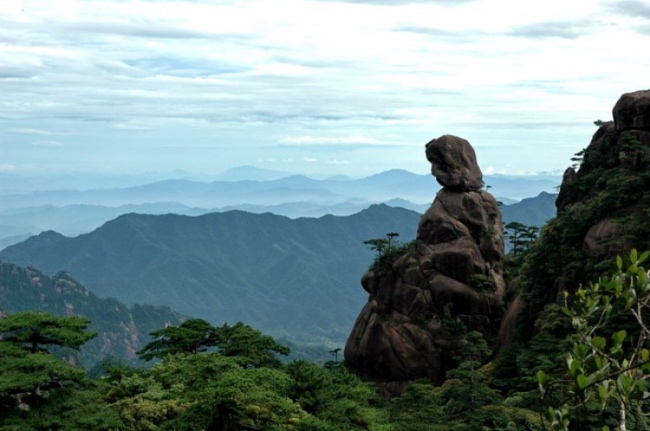 Once upon a time there lived in the heavenly palace a goddess named Yao Ji, who was the twenty-third daughter of the Queen Mother of the West. She learned divine magic from the Goddess of Three Primes and was conferred the title Lady Yunhua, whose job was to guide the fairy boys and girls.

Yao Ji was active in temperament. She could not endure the quiet life in the heavenly palace. So one day she left the heavenly palace with a retinue to tour the East Sea. When she saw that a storm was raging on the sea and causing serious disaster to the people, she left the East Sea and traveled to the west riding on a cloud. She flew over thousands of mountains and saw many wonderful scenes of the human world. She was very pleased. But when she came to the mist-enveloped Wushan Mountains, she saw dragons causing trouble to the people. She was angry and decided to eliminate the evils for the people. From the top of the cloud, she pointed her finger towards the dragons. Thunders began to roar causing mountains and earth to tremor. When everything became quiet again, the bodies of the dragons turned into huge mountains blocking the flow of the Yangtze. The fields and towns were flooded. The area of today’s Sichuan had become a boundless sea.

To harness the floodwater, the heroic Yu came to the Yangtze River from the Yellow River. He tried to open up the Mountains to lead the water away. But it was such a momentous job that no human being could carry it out. Yu was greatly worried. Moved by Yu’s indomitable spirit, Yao Ji called over her six followers, who with their divine magic opened up a passage through the Three Gorges so that the floodwater could flow to the East Sea.

When Yu learned that it was the Goddess who helped him, he climbed to the top of the Wushan Mountains to express his gratitude to her. But all he saw there was a slender rock standing there. In a moment, the rock turned into a whiff of smoke rising gently to the sky and become part of the clouds. There were a fine rain and dragons, phoenixes and white cranes were flying through the valleys. . . . 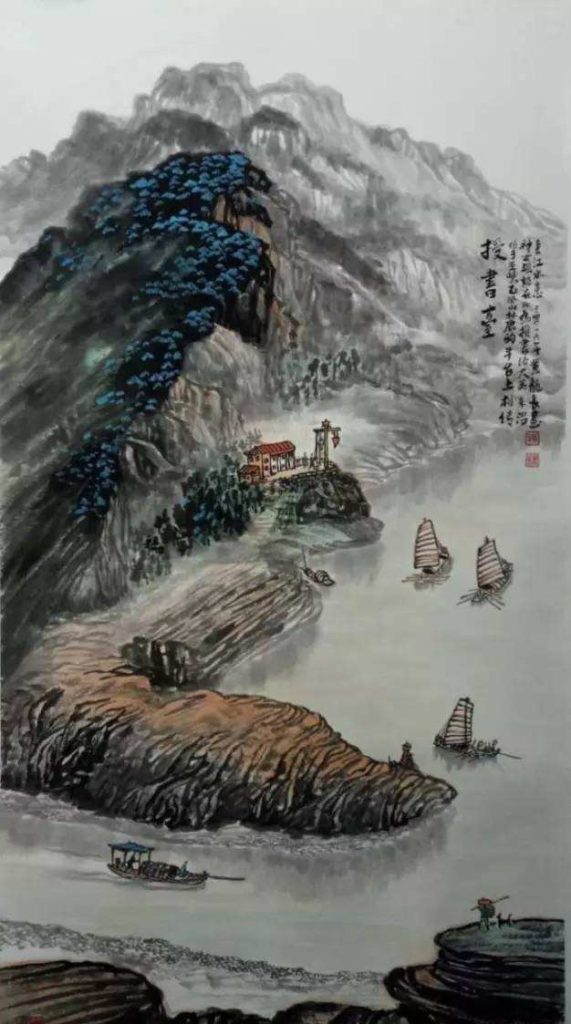 Terrace where the Goddess gave Yu the book (Paintings)

Yu was very puzzled and it was at this moment that the beautiful Yao Ji suddenly appeared before his eyes. She said to him, “You’ve done very well in harnessing the water. But you must know the reasons behind the changes of things in heaven and on earth.” Saying so she gave him a book on controlling water bound in yellow brocade.

Although the floodwater was now under control, Yao Ji did not leave. She stood on top of Wushan pointing the way for the passing ships, driving away wild beasts, spreading bountiful rain for the people and cultivating Ganoderma for curing people’s disease. Year after year, she began to forget about the heavenly palace and herself. Eventually, she turned into the Goddess Peak for people to admire. The peaks surrounding it are members of her retinue, who stand guard by her side.

The legend about the Goddess Peak is popular in the area of the Wushan Mountains. There are several versions. 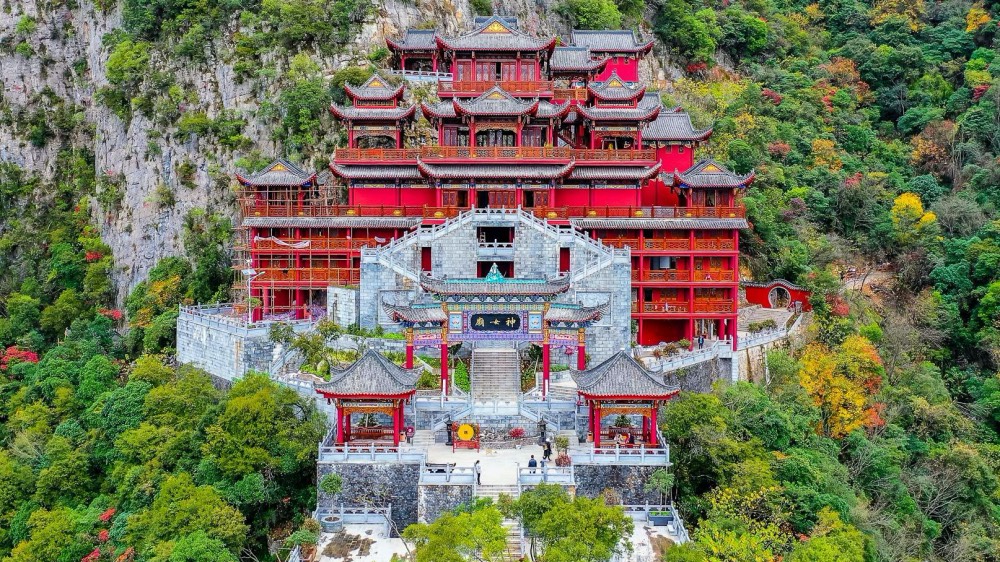 In memory of her, the local people in ancient times gave her the honorable title of “Wonderful True Taoist and a Taoist temple (the Goddess Temple) was built at the foot of Flying Phoenix Peak. The flat terrace on the mountain is Book Presenting Terrace where the Goddess gave Yu the book.