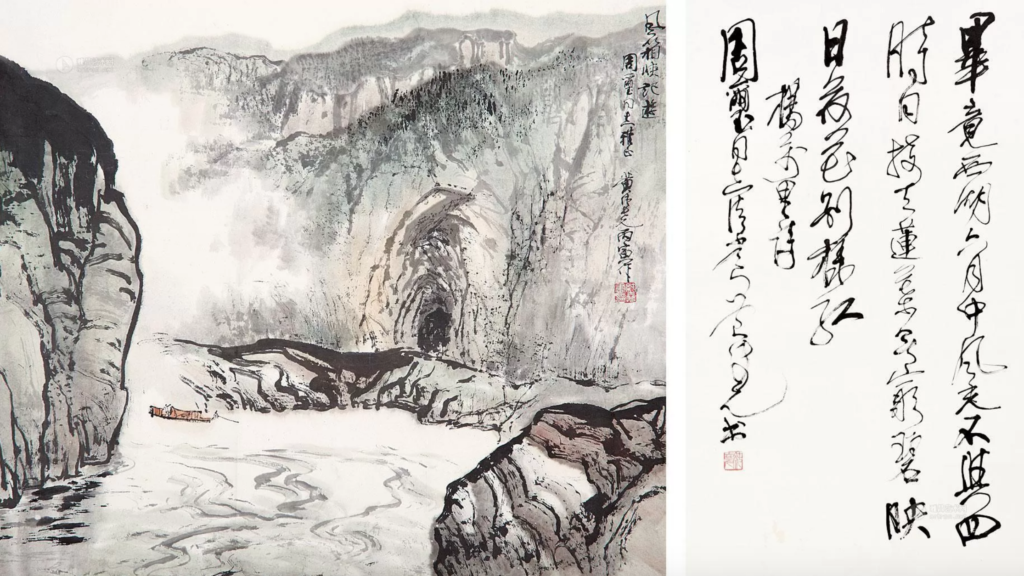 A Paint of Bellow Gorge in 1986 by Huang Chunyao

About two kilometers downstream from White Emperor City (Baidi City), there are some vertical crevices on a yellowish brown cliff on the northern bank of the Yangtze. On the upper sections of some fissures in the cliff are some rectangular wooden boxes which look like bellows used by Chinese blacksmiths. It is called Fengxiang Crevices or Bellow Gorge.

Bellow Gorge before the built of Three Gorges Dam

It was said that these bellows belonged to the master carpenter Lu Ban, who came to help Yu, the legendary emperor of the Xia Dynasty, dredge the river. This section of the gorge thus became known as the Bellows Gorge. Another folk legend said the boxes are containers for Zhuge Liang, a legendary wise man during the Three Kingdoms Age, to hold his tactics books and swords. Through the ages, the boxes remained mysterious.

It is very difficult for boat travelers to see the “bellows” from the river. But the three characters “Bellows Gorge” carved on the cliff face are readily discernible. The best place to view the “bellows” is from the cliff path. 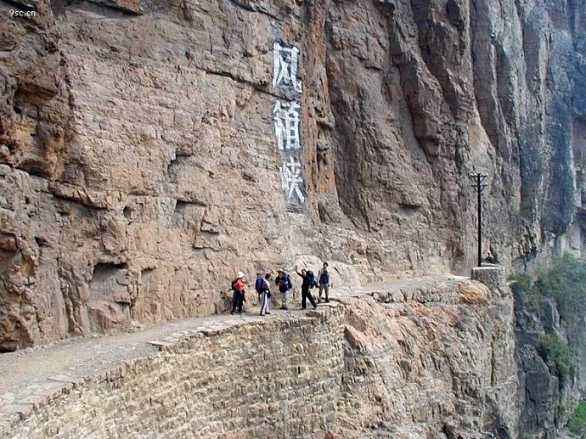 Bellow Gorge before the built of Three Gorges Dam

The “bellows” are suspended several dozen meters high within sight but beyond reach. It is difficult for people to climb there, not to speak of putting the “bellows” there. How the “bellows” got there was for a long time an insolvable puzzle. It was said that towards the end of the 19th century in the Qing Dynasty, a brave explorer succeeded in getting there and took down one of the “bellows” from the fissure. It sounded like a hollow wooden box. When the man tried to sell it in the county town of Fengjie, he was arrested by police. He was ordered to put it back to where it was to avoid profaning the holy spirits.

The age-old puzzle was eventually solved when two skilled herb gatherers climbed to the upper part of a fissure in 1971. The so-called “bellows” are in fact coffins of the Ba people, an ancient tribe in the period of the Warring States about 400 BC. They were suspended on the mountain. The two climbers obtained two such wooden coffins in which were bronze swords and axes, wooden sheaths of swords, straw sandals and coins of the early Han Dynasty (206 B.C.-A.D. 220). 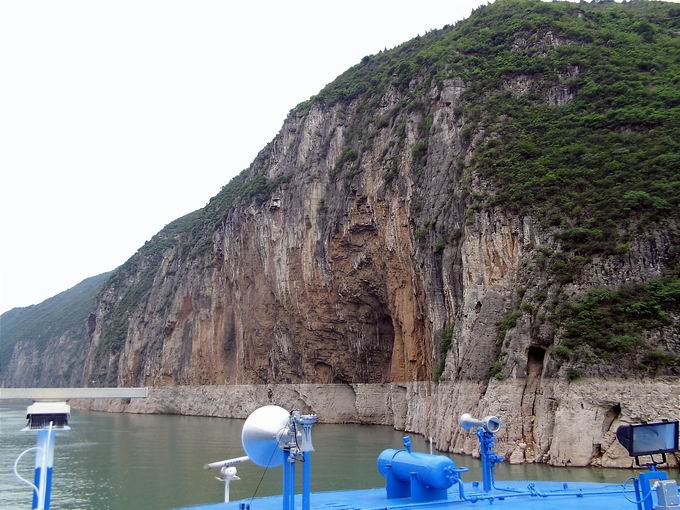 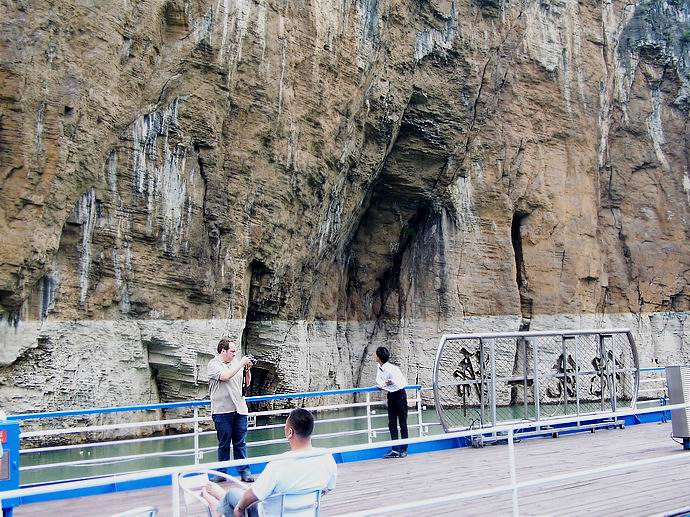 Suspending the coffins on the mountains was an ancient burial custom that prevailed in Sichuan during the time from the Western Han Dynasty (206 B.C.A.D. 24) to the Southern and Northern Dynasties (420-589). Many such coffins have been found along both banks of Qutang Gorge. Apart from the Bellows Gorge, the Armor Cave opposite it has yielded more relics when several suspended coffins were found in the cave in 1958. In these coffins were precious cultural relics as willow-leaf-shaped bronze swords in the style of the state of Ba, straw shoes, loom wheels, wooden combs, coins and many other valuable relics.

There are two more caves at the spot where the two “bellows” were found. How many coffins are there in these caves? How many historical artifacts are hidden in these caves? How did the ancient people manage to put the coffins in such high places? There are still puzzles waiting to be solved.