“Travelling into Sichuan is difficult, even harder than climbing to the blue sky.” A poem by Li Po from Tang Dynasty 1,200 years ago described the difficulty of communications on the river.

In ancient times, all transportation in the Three Gorges region was almost entirely depending on the sail on the waterway. When there was a flood, when the waves were high and current swift, all shipping on the river would come to a standstill and the gorges were closed to travelers. Not until the plank road of the gorge areas connected and communications improved. A section of this cliff path is still discernible at the mouth of the Thatched Cottage River on the northern bank of the Yangtze.

Such cliff paths in other places were built by cutting holes into the cliff face and driving wooden beams into the holes. Planks were then laid on the beams to form a path for people to walk on. The square holes were several inches wide and tens inches high above the river and from one to two feet deep. There was an interval of several feet between the holes. Pavilions were built at places where the cliff was less steep so that travelers might rest there. 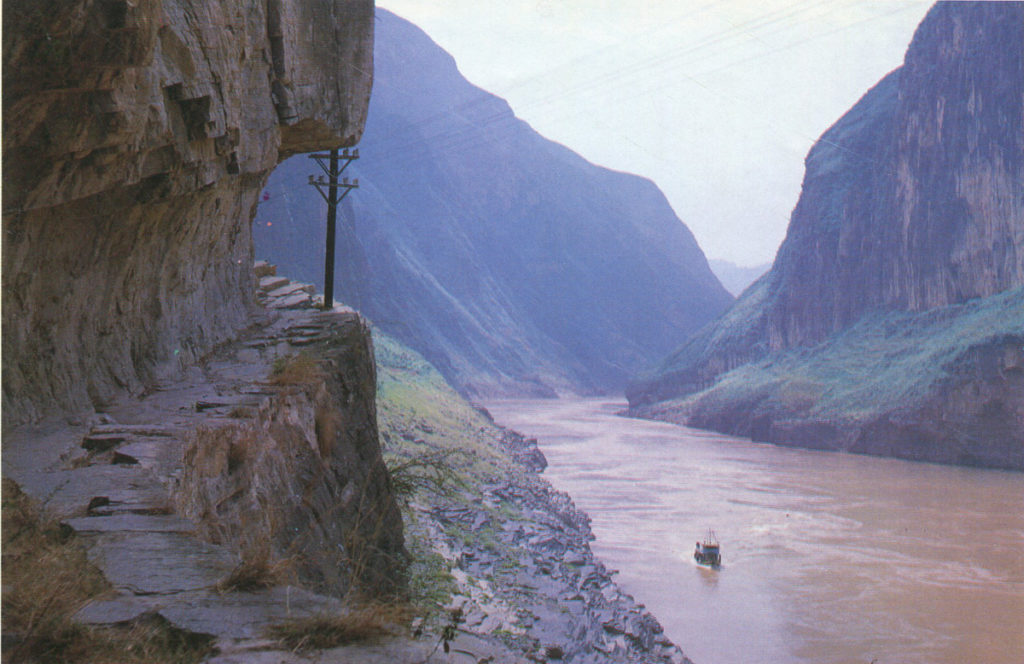 Planked cliff paths had a long history in China. They were built as early as the Warring States Period about 300 BC. “Records of Qin” in the Records of the Warring States says, “There was a plank path of a thousand li, which linked Shu with Han.” It was said that the Southern Path built by the state of Qin for its expedition against the state of Shu, also known as the Golden Ox Path, was the earliest one that had been built. Later, plank paths were constructed all over Sichuan, Shaanxi, Gansu and Yunnan provinces.

Plank roads in the Three Gorges were different from the very early ones. For the most part, the path was protruded from the cliff with the planks supported by piles driven into the cliff. Bridges were built to span the gullies. There were very few flat slopes. It was a tremendously difficult piece of engineering work. Such plank roads are mostly existing in Qutang Gorge, Lesser Three Gorges and Shennong Stream. Meng Liang’s Ladder was the remains of such kind. Nowadays, almost all the piles and plank are gone, just holes on the cliffs running along the rivers. 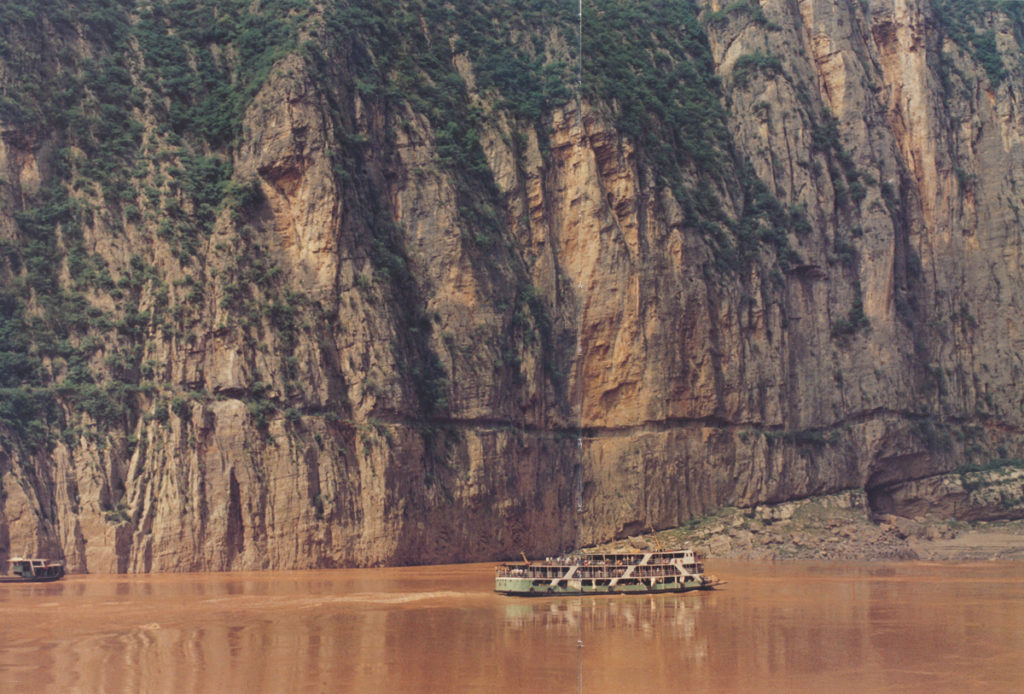 The cliff path in the Three Gorges had a total length of from fifty to sixty kilometers. The section in Qutang Gorge began from the eastern bank of the Thatched Cottage River in Fengjie County and ended at Zhuangyuandui opposite Daxi in Wushan County, a distance of ten kilometers. The section in Wu Gorge linked the bank opposite Wushan County seat with Qinglianxi on the border of Chongqing City and Hubei Province, a distance of about thirty kilometers.

Ancient plank road at Wu Gorge[/caption]The other sections were to be found in Xiling Gorge. The “road” was about 2 to 3 meters wide protected by stone and iron chain railing because the path was several dozen meters above the river. According to local annals, at the time when the cliff path was in use, boat trackers and sedan-chair carriers could walk abreast along the path. The iron chain is gone and many of the stone balustrades are broken in the surviving sections of the cliff path today. Walking on the cliff path and looking down the river is as scaring as peering into the abyss.

The plank road that facilitated travelers on foot in the past has become a historical attraction in the gorges. At low water season in autumn and winter, visitors today can wade across the Thatched Cottage River and climb onto the cliff path. But during flood season, a special boat is needed to take visitors to the plank road. On the cliff path here visitors can see two inscriptions carved on the cliff. One reads, “Cutting the path is a miracle,” and the other says, “A ladder leading to the skies.” Looking at the innumerable holes drilled into the rock, one can well imagine the difficulty and danger experienced by the stonemasons who blazed the path. 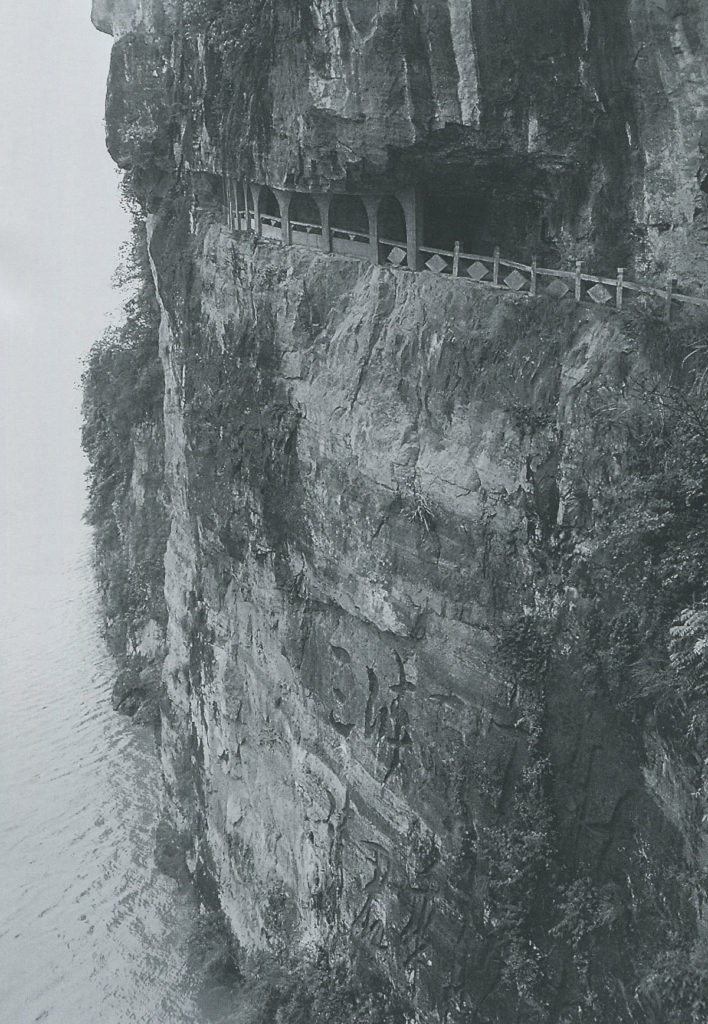 There are two kinds of plank roads: